The organic compounds that are used as colourants are called dyes. These dyes are all aromatic compounds, originating from plants and also from insects, fungi and lichens.

Human is always fascinated by colours, because we are living in a colourful world. We could see so many colours in plants and their flowers. We eat coloured food stuffs and use numerous coloured materials in our daily life. Do you know how do they get coloured? Because they contain some kind of chemicals in them which are called colourants. 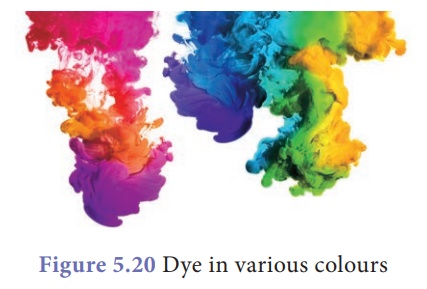 The uses of colourants by mankind for painting and dyeing dates back to the dawn of civilization. Until the middle of the 19th century, all colourants applied were from natural origin. For example, inorganic pigments such as soot, manganese oxide, hematite were used as colourants. Organic natural colourants have also a timeless history of application, especially for colouring textiles. 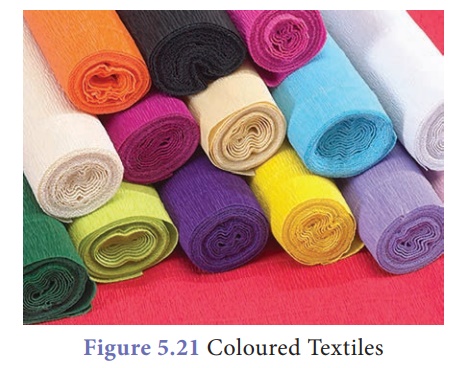 The organic compounds that are used as colourants are called dyes. These dyes are all aromatic compounds, originating from plants and also from insects, fungi and lichens.

After the evolution of modern organic chemistry, many kinds of synthetic dyes were prepared and used by mankind. Dye chemistry is the study of such kind of dyes. It provides us information on theory, structure, synthesis and applications of synthetic dyes.

1. Colour and Structure of Dyes 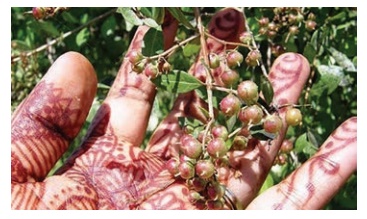 So, a dye should have the following characteristics:

Now a days, practically all the dyes are synthetic, and are prepared from aromatic compounds obtained from coal tar. Therefore, such dyes are sometimes called as coal tar dyes. But they may differ in their basic structure and the way of application. So dyes are classified in two ways, one, based on the method of application and other on their parent structure.

(a) Based on method of application

Acid dyes: These are acidic in nature and used for dyeing animal fibres and synthetic fibres. These can be used for protein fibre such as wool and silk. E.g. Picric acid, Naphthol yellow-s

Mordant dyes or Indirect dyes: These dyes have a poor affinity for cotton fabrics and hence do not dye directly. They require pretreatment of the fibre with a mordant. Mordant (latin : mordere = to bite) is a substance which can be fixed to the fibre and then can be combined with the dye to form an insoluble complex called lake. Aluminium, chromium, and iron salts are widely used as mordants. E.g. alizarin.

Direct dyes: They have high affinity for cotton, rayon and other cellulose fibre. So they are applied directly as they fix firmly on the fabric. E.g. Congo red

Vat dyes: It can be used only on cotton and, not on silk and wool. This dyeing is a continuous process and is carried out in a large vessel called vat. So it is called as vat dye. E.g. Indigo 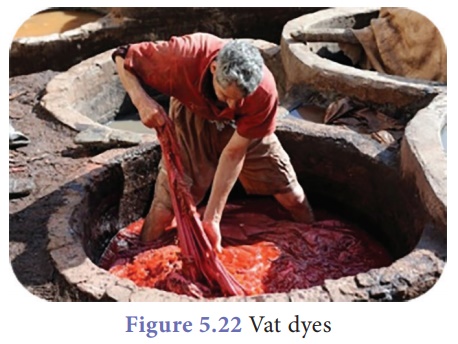 (b) Based on Structure

Based on the structure, dyes are classified as below: