We use so many electronic devices like mobile phone, and electrical devices like torch light in our daily life. Electricity produced by the battery is the key factor which makes these devices to function. But how does battery produce electricity? Because it contains some chemicals in it. The chemical reactions (chemical energy) that take place in the battery produce electricity (electrical energy). So, when scientists realized that chemical energy can be converted into electrical energy and vice versa, another branch of applied chemistry was developed. It is Electrochemistry. 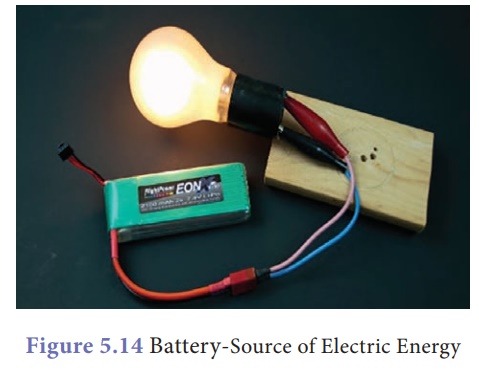 Thus Electrochemistry is a branch of chemistry which deals with the relation between electrical energy and chemical change. It is mainly concerned with the processes taking place between the electrode and solution having ions called electrolyte.

(a) Components of Electrochemical Cell

An electrochemical cell may comprise of the following two major components:

Electrode: It is a solid electrical conductor made of metal (sometimes non-metal like graphite). A cell consists of two electrodes. One is calledAnode and the other is called Cathode.

Electrolyte: It is made up of solutions of ions or molten salts which can conduct electricity.

Oxidation: As we know already, an oxidation is loss of electron. In electrochemical cells, oxidation takes place at anode.

Since both the reactions take place simultaneously, the inter conversion of electrical and chemical energy in electrochemical cells involves a redoxreaction.

Based on the nature of the energy conversion, electrochemical cells are broadly classified as below.

·           It is an electrochemical cell which converts chemical energy into electrical energy i.e. it produces electricity from chemical reactions.

How does a galvanic cell produce electricity?

At anode, oxidation takes place which releases electrons. These electrons are attracted by cathode and hence the electrons flowing from anode to cathode are gained in reduction reaction. As long as the redox reaction proceeds, there is a flow of electrons and hence electricity. 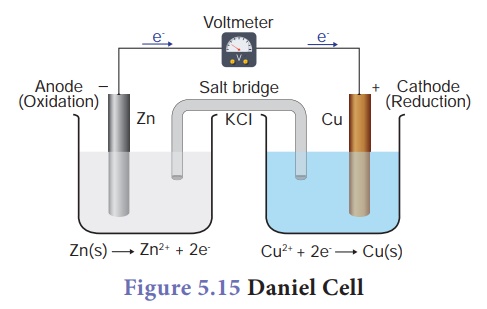 At cathode, copper ions from cathodic electrolyte gain electrons at the surface of cathode and get reduced to copper metal. 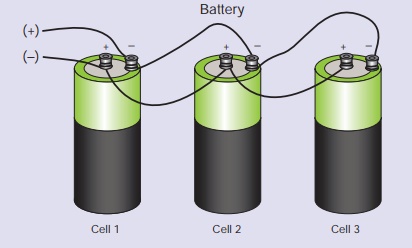 ·           It is an electrochemical cell which converts electrical energy into chemical energy i.e. in electrolytic cells, electricity is used to bring about chemical reactions.

·           Here, both anode and cathode are in contact with same electrolyte and thus the half-cells are not separated. As seen in galvanic cells, electrolytic cell also involves redox reaction. 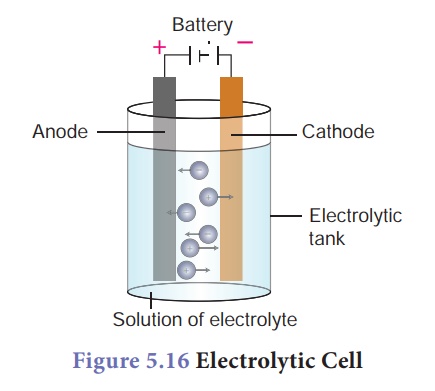 We get electricity from galvanic cells. But electrolytic cells use electricity. Then how are they useful?

Electrolysis has wide range of applications both in industry and research. The important applications are given below. 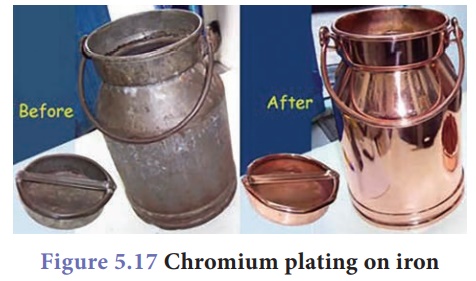 Corrosion prevention: It is done to protect the metal from corrosion. For example, metals like iron are electroplated with tin, nickel or chromium to protect them from rusting.

Decoration: In some cases, electroplating is done to beautify the surface of a metal. For example, the metals like Au or Ag are deposited over metals like Cu to improve their beauty. Gold covering jewels are made by this method in which gold is electroplated over copper, silver or tin. 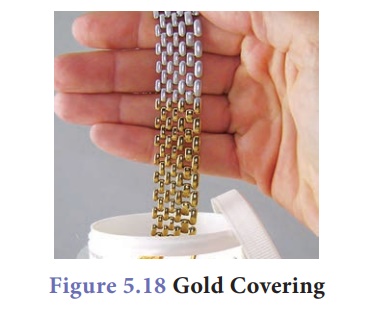 Repairs: In some cases, broken parts of machinery may require electro- deposition of a metal between broken parts.

It is a process of purifying metals by electrolysis. When metals of very high degree of purity are required, electro refining is done. 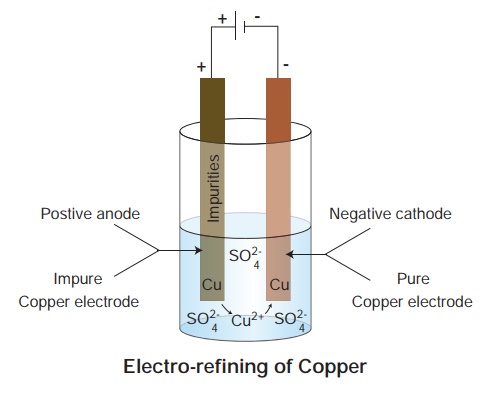 The subject of electro chemistry is of great significance. Some of its applications are given below.

·           It has been used to discover important technical processes for the production and purification of non-ferrous metals, and for the electro- synthesis of organic compounds.

·           Electrochemistry has been used to predict whether a particular reaction will occur or not.

·           The detection of alcohol in drunken drivers is possible through the electrochemical redox reaction of ethanol.

·           Production of metals like aluminum and titanium from their ores involve electrochemical reactions.

·           Diabetes blood sugar metres measure the amount of glucose in the blood through its redox potential.

·           Lead acid batteries, lithium-ion batteries and fuel cells are based on electrochemical cells. Fuel cell is used to bring about direct conversion of chemical energy into electrical energy.