If a protein solution is separated by a semipermeable membrane from pure water, water tends to flow from the latter to the former.

If a protein solution is separated by a semipermeable membrane from pure water, water tends to flow from the latter to the former. The property of the movement of solvent particles is called as osmosis. Osmosis is the net diffusion of water from the dilute solution to the concentrated solution. Osmosis is a colligative property of solution that depends on the number of molecules or ions of the solute in the solutions. Osmol units give the number of osmotically active particles per mole of a solute. Each mole of a non-ionized solute is equivalent to 1 osmol. Osmolarity of a solution is its solute concentration in osmols / litre. Osmolality of a solution is its solute concentrations in osmols/kg of the solvent.

The plasma membrane is a semipermeable membrane and it allows only certain solutes to diffuse. The osmotic pressure exhibited by these impermeable solutes is called as the tonicity of the solution. Tonicity is an important physiological parameter.

·              Hemolysis and Crenation. The physiological or isotonic saline is 0.9% NaCl. When red blood cells are suspended in 0.3% NaCl (hypotonic solution), water will enter into the cells and the cell will burst releasing all its contents. This kind of lysis is called as hemolysis. The resulting membranes are called as ghosts. On the other hand, when the cells are placed in 1.5% NaCl, water comes out of the cell, leading to shrinkage of cells. The process is called as crenation.

·              Osmotic pressure of blood is largely due to its mineral ions such as sodium, potassium, chloride, calcium and protein. The osmotic pressure exerted by proteins is of considerable biological significance owing to the impermeability of the plasma membrane to the colloidal particles.

·              The renal excretion of water is regulated partly by the osmotic pressure exerted by the colloids in the blood plasma. Increased urination (polyuria) occurring in diabetes patients is due to the increased water retention by the urinary glucose.

At equilibrium, the number of ions that move from one compartment to other will be equal, and this will occur only, when the ionic products of the concerned ions are equal.

Therefore, [Na+][Cl-] in both the compartments at equilibrium should be equal. 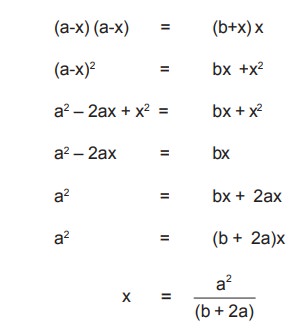 On substituting numerical values for a and b as 2 and 1 moles respectively, 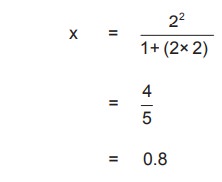 Calculating the total moles present in compartment (A) and (B) at equilibrium.

From this we can derive that:

In biological systems, Donnan membrane equilibrium prevails due to the non-diffusible proteins and is also significant for the functional aspects of the cell.

If the non-diffusible ion happens to be R- and one of the diffusible ion H+, then there will be a change in the pH. Due to imbalance in the electrolytes, swelling of proteins occur, which is called as Donnan osmotic effect.