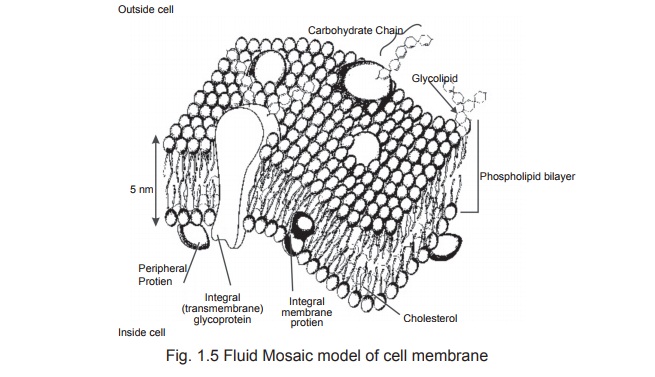 One of the vital functions of the plasma membrane is membrane transport.

One of the vital functions of the plasma membrane is membrane transport. Such a transport is important to carry out the life processes of the cell. Hydrophobic molecules and small polar molecules rapidly diffuse in the membrane. Uncharged large polar molecules and charged molecules do not diffuse and they need proteins to get transported. 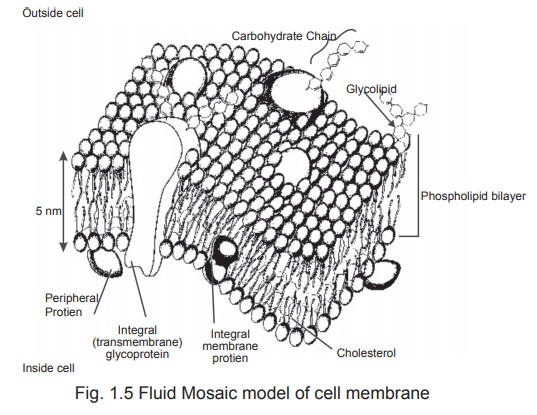 Depending upon the energy required and movement of the solute for or against the concentration gradient, the transport can be classified into two, active transport and passive transport.

·              Uniporters that transport single solute from one side of the membrane to the other.

·              Antiporters that transport two different solute molecules in opposite directions.

During the process, the plasma membrane invaginates into tiny pockets, which draw fluids from the surroundings into the cell. Finally, these pockets pinch off and are known as pinosomes or phagosomes, which fuse with lysosomes and liberate their contents into the cell cytosol.

Exocytosis is the process of exudating the secretory products from the cells. Vesicles containing secretory materials fuse with the plasma membrane and discharge their contents into the exterior. Pancreatic cells pass out their enzyme secretions to the exterior by exocytosis.

Table 1 Similarities and differences between facilitated diffusion and active transport 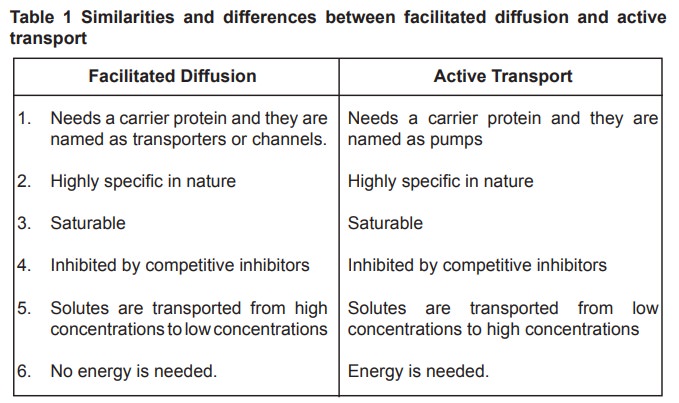 1.Needs a carrier protein and they are named as transporters or channels

1. Needs a carrier protein and they are named as pumps