Analytical chemistry is inherently a quantitative science. Whether determining the concentration of a species in a solution, evaluating an equilibrium constant, mea- suring a reaction rate, or drawing a correlation between a compound’s structure and its reactivity, analytical chemists make measurements and perform calculations. In this section we briefly review several important topics involving the use of num- bers in analytical chemistry.

Measurements usually consist of a unit and a number expressing the quantity of that unit. Unfortunately, many different units may be used to express the same physical measurement. For example, the mass of a sample weighing 1.5 g also may be expressed as 0.0033 lb or 0.053 oz. For consistency, and to avoid confusion, sci- entists use a common set of fundamental units, several of which are listed in Table 2.1. These units are called SI units after the Système International d’Unités. Other measurements are defined using these fundamental SI units. For example, we mea- sure the quantity of heat produced during a chemical reaction in joules, (J), where 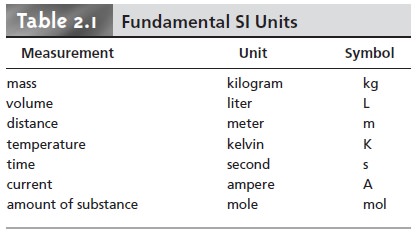 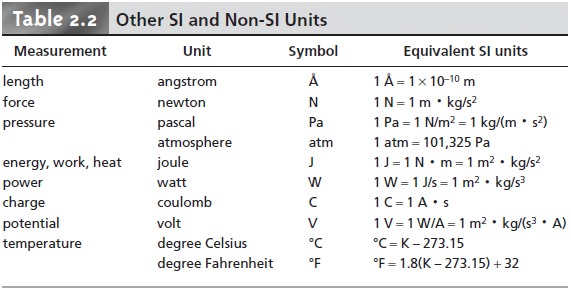 Table 2.2 provides a list of other important derived SI units, as well as a few com- monly used non-SI units. 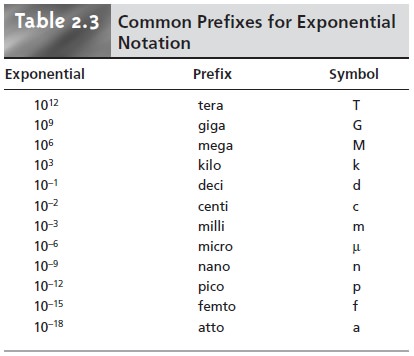 Exact numbers, such as the stoichiometric coefficients in a chemical formula or reaction, and unit conversion factors, have an infinite number of significant figures. A mole of CaCl2, for example, contains exactly two moles of chloride and one mole of calcium. In the equality

both numbers have an infinite number of significant figures.

Recording a measurement to the correct number of significant figures is im- portant because it tells others about how precisely you made your measurement. For example, suppose you weigh an object on a balance capable of measuring mass to the nearest ±0.1 mg, but record its mass as 1.762 g instead of 1.7620 g. By failing to record the trailing zero, which is a significant figure, you suggest to others that the mass was determined using a balance capable of weighing to only the nearest ±1 mg. Similarly, a buret with scale markings every 0.1 mL can be read to the nearest ±0.01 mL. The digit in the hundredth’s place is the least sig- nificant figure since we must estimate its value. Reporting a volume of 12.241 mL implies that your buret’s scale is more precise than it actually is, with divi- sions every 0.01 mL.

Significant figures are also important because they guide us in reporting the re- sult of an analysis. When using a measurement in a calculation, the result of that calculation can never be more certain than that measurement’s uncertainty. Simply put, the result of an analysis can never be more certain than the least certain mea- surement included in the analysis.

It is important to remember, however, that these rules are generalizations. What is conserved is not the number of significant figures, but absolute uncertainty when adding or subtracting, and relative uncertainty when multiplying or dividing. For example, the following calculation reports the answer to the correct number of significant figures, even though it violates the general rules outlined earlier.

Finally, to avoid “round-off ” errors in calculations, it is a good idea to retain at least one extra significant figure throughout the calculation. Better yet, invest in a good scientific calculator that allows you to perform lengthy calculations without recording intermediate values. When the calculation is complete, the final answer can be rounded to the correct number of significant figures using the following simple rules.