Inspiring act of nature is self-regulation.

Preparation of Solution Culture to find out Mineral Deficiency

1.           Take a glass jar or polythene bottle and cover with black paper (to prevent algal growth and roots reacting with light).

i. Nitrogen fixation with nodulation

Rhizobium bacterium is found in leguminous plants and fix atmospheric nitrogen. This kind of symbiotic association is beneficial for both the bacterium and plant. Root nodules are formed due to bacterial infection. Rhizobium enters into the host cell and proliferates, it remains separated from the host cytoplasm by a membrane (Figure 12.6).

2.     Rhizobium reaches the rhizosphere and enters into the root hair, infects the root hair and leads to curling of root hairs.

4.           A membrane bound bacterium is formed inside the nodule and is called bacteroid.

5.           Cytokinin from bacteria and auxin from host plant promotes cell division and leads to nodule formation 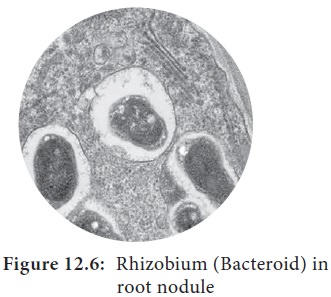 The following plants and prokaryotes are involved in nitrogen fixation. 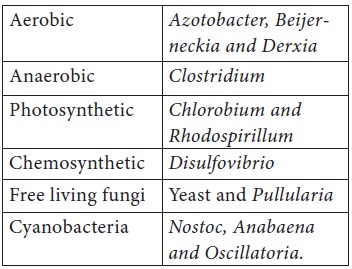