Like leaves and roots, shoots and stems also have modifications. Some examples are rhizomes, stolons, tubers, bulbs, corms, thorns, spines, cladophylls, and stem traps. Rhizomes (example: ginger, Zingiber) are underground stems that bur-row into the ground just below the soil surface, and usually tend to have small, scale-like leaves that are not photosynthetic. Buds from the axils of the leaves make new branches that will grow to become aboveground shoots. Stolons (run-ners) are aboveground horizontal shoots, which sprout and produce a new plants (example: strawberry, Fragaria). Tubers (example: potatoes, Solanum) are en-larged portions of rhizomes. The “eyes” of potato are actually lateral buds and the tuber body is comprised of many parenchyma cells that contain amyloplasts with starch. Corms and bulbs are shoot structures that are used for storage. A corm (example: crocus,Crocus) is a short, thick underground storage stem withthin scaly leaves. A bulb (example: onion, Allium) differs from a corm in the fact that it stores its nutrients in its fleshy leaves (Fig. 7.6). 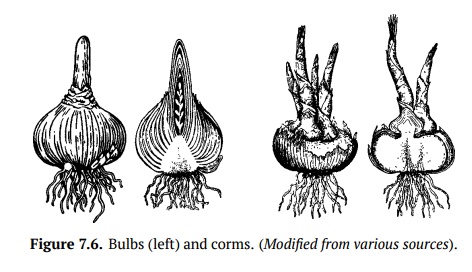 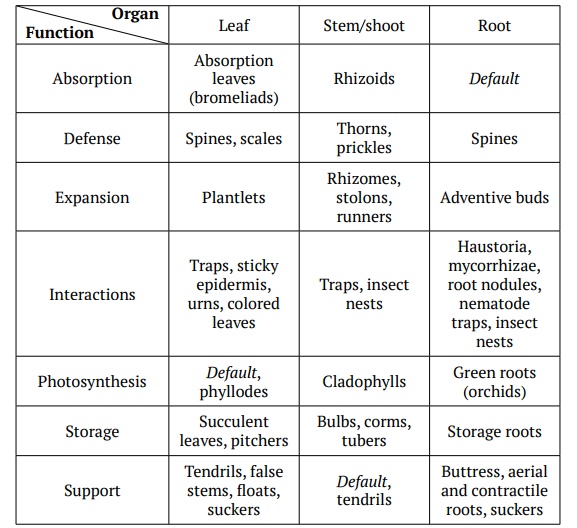