Early man depended entirely on nature for food, clothing and shelter. Man has enjoyed a dominant position over the other living organisms around him because of his erect posture, hands and intelligence. From the paleolithic period to the neolithic period, man has invented and developed the wheel, fire, tools and patterns of agriculture and housing to his comfort, which led him to improve the standard of living making himself technologically advanced. Thus, modern man modified the environment where he multiplied in numbers to increase population and has always extended his territories, leading to the exploitation of natural resources. 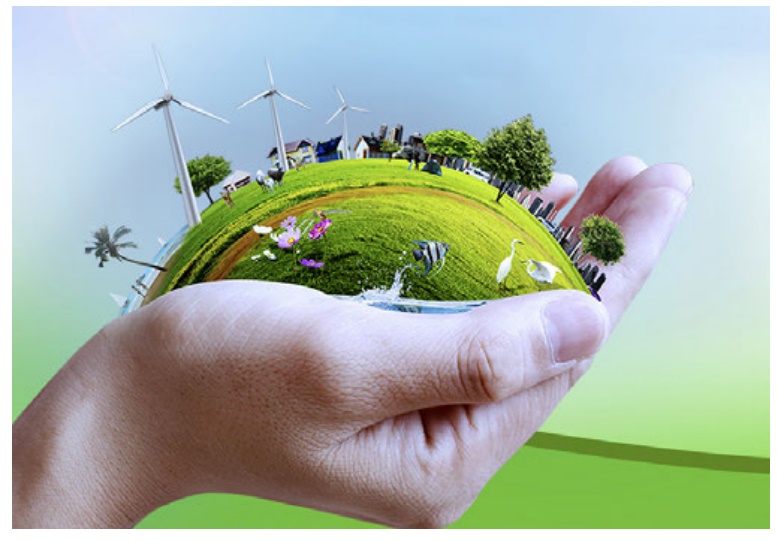 Environment is generally classified as 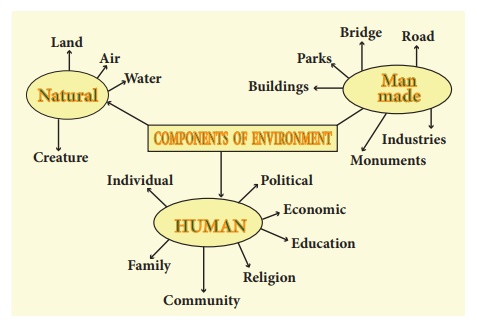 Earlier, we have learnt about the natural components of environment such as lithosphere, atmosphere, hydrosphere and biosphere. In this chapter, we will study about the human and man-made components in a detailed manner.

Human environment is defined as the interaction between man as an individual, with his family, occupation and society. It is also related to various cultural aspects such as education, religion, economics and politics.

Man-made environment has been created by man himself for the purpose of fulfilling his needs and to make his life more convenient and easy. For example, building, transport, park, industrie, monument, etc. To bring an equilibrium between man and the environment, man has to study the distribution of population, availability of resources, development in technology, alternate means of fulfilling the increasing demand created by the growing population and other man-made features.