Location and Extent of India 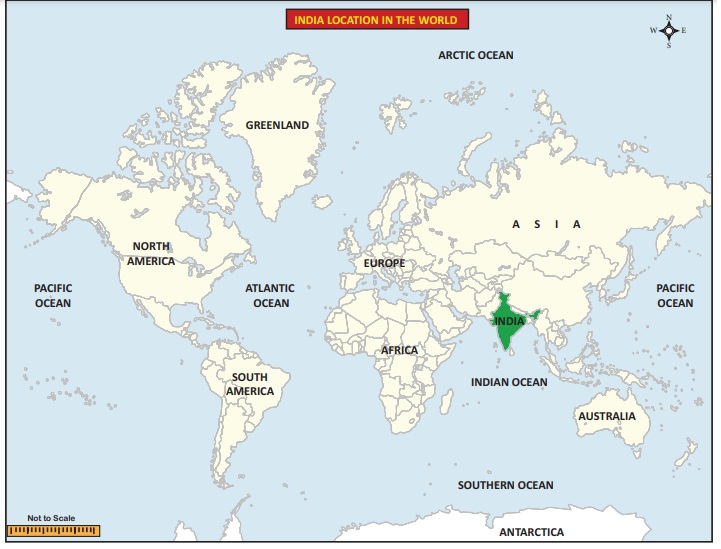 The north-south extent of India is 3,214 km and it extends from Indira Col in Jammu and Kashmir in the north to Kanyakumari in the south. The east-west extension is 2933 km and it stretches from Rann of Kutch (Gujarat) in the west to Arunachal Pradesh in the east. The Tropic of Cancer (23°30’ N) passes through the middle of the country dividing it into two halves as northern temperate and southern tropical lands.

The longitudinal difference between Gujarat in the west and Arunachal Pradesh in the east is about 30°.

Since Arunachal Pradesh is towards east, it will have sunrise about two hours earlier than the sunrise at Gujarat which is in the west. In order to avoid these differences, Indian standard time is calculated. The local time of the central meridian of India is the standard time of India. India’s central meridian is 82°30’ E longitude. It passes through Mirzapur and roughly bisects the country in terms of longitude. The IST is 5.30 hrs ahead of Greenwich Mean Time (GMT).

India has been politically divided into 28 states and 9 union territories for administrative convenience.

Find out the following

• Area wise which is the smallest and the largest state?

• The states which do not have an international border.