Landslide - Disaster and Rules of actions during disasters

A landslide is defined as the movement of a mass of rock debris down a slope.

A landslide is defined as the movement of a mass of rock debris down a slope. Landslides are caused by the direct influence of gravity. 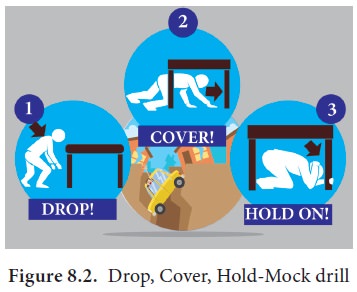 Landslides can be caused by rainfall, snowmelt, stream erosion, and flood, earthquakes, volcanic activity, disturbance by human activities, or any combination of these factors.

Landslides cause property damage, injury and death and adversely affect a variety of resources. For example, water supplies, fisheries, sewage disposal systems, forests, dams and roadways can be affected.

•            Listen for any unusual sounds that might indicate moving debris, such as trees cracking or boulders knocking together.

•            If you are near a river, be alert for any sudden increase or decrease in water flow and for a change from clear to muddy water. Such changes may indicate landslide activity upstream, so be prepared to move quickly.

•            Be alert especially when driving. Embankments along roadsides are particularly susceptible to landslides.

•            Check for injured and trapped persons near the slide, without entering the direct slide area.

•            Listen to local radio or television for the latest emergency information