Cyclone - Disaster and Rules of actions during disasters

The major natural disaster that affects the coastal regions of India is cyclone and as India has a coastline of about 7516 km;

The major natural disaster that affects the coastal regions of India is cyclone and as India has a coastline of about 7516 km; it is exposed to nearly 10 percent of the world’s tropical cyclones.

Districts in Tamil Nadu which are frequently affected by cyclones: All the 13 coastal Districts of Tamil Nadu are affected by cyclonic storms which occur during May-June and in October-November months. These Districts are: Tiruvallur, Chennai, Kancheepuram, Villupuram, Cuddalore, Nagapattinam, Tiruvarur, Thanjavur, Pudukkottai, Ramanathapuram, Tuticorin, Tirunelveli and Kanniyakumari.

On an average, about five or six tropical cyclones form in the Bay of Bengal and Arabian sea and hit the coast every year. Out of these, two or three are severe.

When a cyclone approaches to the coast, a risk of serious loss or damage occurs from severe winds, heavy rainfall, storm surges and river floods. The effect of a storm surge is most pronounced in wide and shallow bays exposed to cyclones such as in the northern part of Bay of Bengal. Most cyclones occur in the Bay of Bengal followed by those in the Arabian Sea and the ratio is approximately 4:1. During the cyclonic of cyclonic storms, wind speed is between 65 km/h and117 km/h. 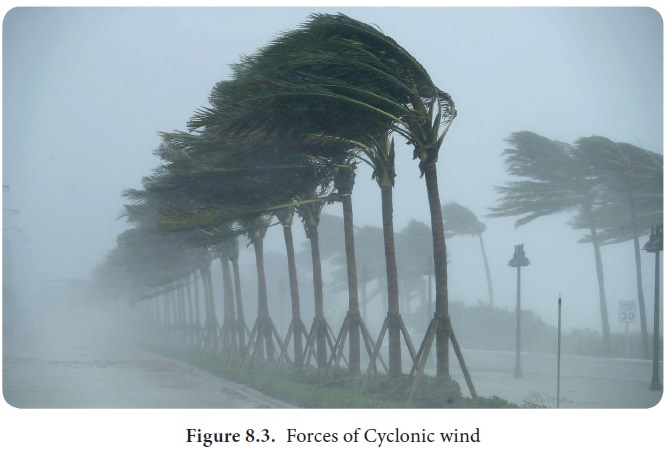 Rules of action before a cyclone

b.        Those residing in old buildings should temporarily relocate to safer buildings; Jewels and documents should be kept in safe custody.

d.        Keep in ready all the first-aid kit and material available with you.

g.        It is important to know that if we see quickly approaching storm clouds it is possible to predict strong winds several minutes in advance. 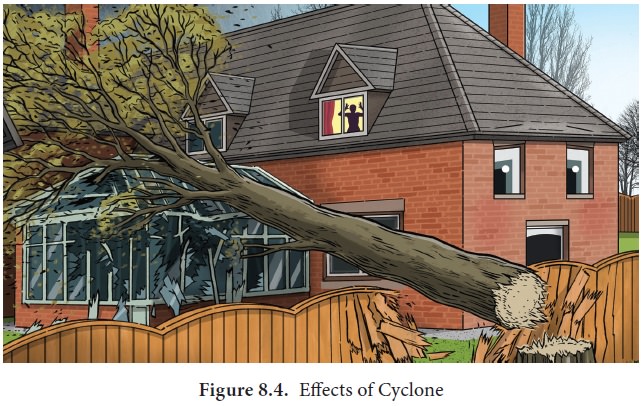 a.        If you are in a building during a strong gust, it is necessary to close and fasten windows and doors. It is better to stay in the rooms.

c.         Protect yourself with your hands or a scarf. Protect the eyes, nose and mouth from dust.

d.        If you are in a wildlife area, try to find a place protected from the wind. If there is no such place nearby, lie down on the ground.

e.         If you are in a car it is better to stay there and close the windows. Do not park the car under unstable objects that can break down and fall on the car.

a.        Turn off electricity, gas and water and unplug all electric appliances.

b.        Beware of snakes and other animals immediately after the cyclone.