Drought - Disaster and Rules of actions during disasters

The above map shows most the acute shortage of water in Tamil Nadu in 10 years. ( 2017)

The above map shows most the acute shortage of water in Tamil Nadu in 10 years. ( 2017)

Drought is a period of time (months or years) during which a part of the land has shortage of rain, causing severe damage to the soil, crops, animals, and people. It sometimes causes even death. During drought high temperature is experienced. Such conditions may affect our health. 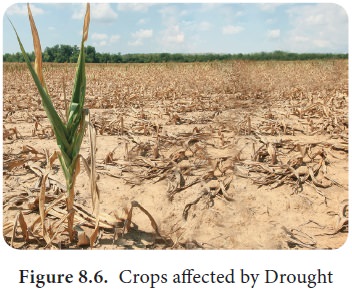 The primary cause of drought is deficiency of rainfall and in particular, the timing, distribution and intensity.

In India around 68 percent of the country is prone to drought. Of the entire area 35 percent receives rain falls between 750 mm and 1,125 mm which is considered drought prone while 33 percent areas receive rainfalls less than 750 mm is considered to be chronically drought prone. 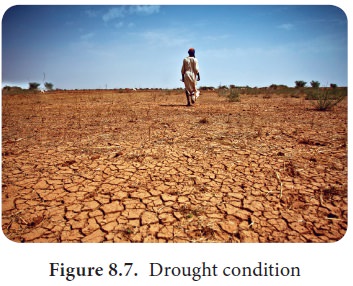 Rules of action before, during and after Drought

•            If anyone faints after sunstroke, emergency medical measures should be taken.

•            Contact local government agencies to receive information about disaster and assistance for the population.