The Supreme Court and the High Courts in India are entrusted with the power of judicial review, which extends to adjudicating upon the Constitutionality of legislations as well as the legality of executive action.

The Supreme Court and the High Courts in India are entrusted with the power of judicial review, which extends to adjudicating upon the Constitutionality of legislations as well as the legality of executive action.

Parliamentary and State legislations which contravened Constitutional requirements have been struck down by Judiciary.

Any citizen of India can approach the courts for public case (upon the interest of the public) by filing a petition under the Supreme Court by article 32, (b) in the High Court under article 226 and (c) in the magistrate court under section 133 of the CRPC. The guidelines provide that Public interest Litigations can be filed under the following categories: 1. Bonded labour matters, 2. Neglected children, 3. Non- payment of minimum wages, 4. Petitions from jails complaining of harassment, death in jail, speedy trial as a fundamental right etc. 5. Petitions against police for refusing to register a case, harassment of bride, bride burning, rape, murder, kidnapping etc. 6. Petitions complaining harassment or torture of persons belonging to scheduled caste and scheduled tribes. 7. Petitions pertaining to environmental pollution.

In the Peoples union for democratic rights Vs. Union of India case, the Supreme Court permitted Public interest Litigations at the instance of ‘public spirited citizens’ for the enforcement of Constitutional and legal rights of any person or group of persons who because of their socially or economically disadvantaged position are unable to approach the courts for relief. Public interest Litigation is a part of the process of ‘participate justice’ and standing in civil litigation, of that pattern which has liberal reception at the judicial doorsteps.

In the Parmanand Katara vs. Union of India case the Supreme Court held in the Public interest Litigation filed by a human rights activist fighting for general public interest, that it is a paramount obligation of every member of the medical profession to give medical aid to every injured citizen as soon as possible without waiting for any procedural formalities.

The law making has assumed new dimensions through judicial activism of the courts. The judiciary has adopted a healthy trend of interpreting law in social context. Judicial activism describes judicial rulings suspected of being based on personal or political considerations rather than on existing law. The question of judicial activism is closely related to Constitutional interpretation, statutory constructions and separation of powers.

The Indian judiciary, being a wing of the State has thus played a more activist role than its US counterpart in seeking to transform Indian society into a modern one, by enforcing the modern principles and ideas in the Constitution through court verdicts. Article 21 of the Constitution has been called up frequently in the Supreme Court. Judgments upon thia article suggest the trends of judicial activism.

Judicial activism as a dynamic process of judicial outlook in a changing society. Arthur Schlesinger Jr. introduced the term judicial activism in 1947, in America in an article titled ‘The Supreme Court; 1947’. According to Black’s law dictionary judicial activism is a judicial philosophy which motivates judges to depart from the traditional precedents in favour of new progressive social policies. 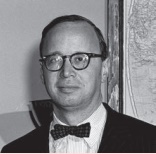 In the A.K. Gopalan vs. State of Madras case, the Supreme Court rejected the argument that to deprive a person of his life or liberty, not only the procedure prescribed by law for doing so must be fair, but reasonable and just.However, subsequently in Menaka Gandhi vs. Union of India case this requirement of substantive due process was introduced into article 21 by judicial interpretation. Thus the due process clause, which was avoided by the Constitution makers, was introduced by judicial activism of the Supreme Court.

In subsequent decisions, the Supreme Court has upheld death sentences in cases such as Bagwan Dass vs. State of Delhi case, which involved honour killing of a man and woman for marrying outside their caste. 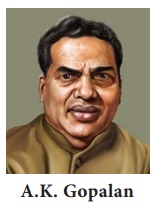 Do you as an Indian citizen have the right to disagree with judicial opinion? How will you express your opinion?

In group of three, discuss and make comments for class discussion on:

a. Criticizing the Judgment of the court

b. Consequences of the criticism