Issues and Demands in Indian Federalism

There are many issues in Indian federalism that create disturbances in the Centre-State relations. We will focus on the major problems in this section.

Issues and Demands in Indian Federalism

There are many issues in Indian federalism that create disturbances in the Centre-State relations. We will focus on the major problems in this section.

Appointment and Role of the Governor

The very office of the Governor as an agent of the Central Government to monitor the State Government imperils the powers of the constituent States.The Raja Mannar Committee Report was highly critical of the office and role of governor. It is often pointed out that the Union Government to arm -twist the State executive. The Dravidian parties, since the days of C.N. Annadurai, have been demanding ‘genuine autonomy for the States, by reducing the Governor’s power of interfering with the State executive and State legislature. 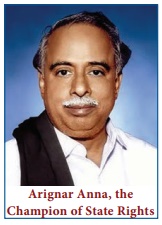 The regional parties have deprecated the practice of appointing politically active and partisan persons as governors. They have frequently demanded that the governor should be appointed in consultation with the State Government. Many political commentators and commissions have argued for the appointment of eminent persons who have contributed to India’s development in diverse fields as governors.

The attitude of the Governor towards the State Governments of those ruled by parties opposed to the ruling party at the Centre is another major tension area in Centre-State relations. Whenever there is a split in a ruling State party or hung assembly, the role of the Governor becomes very crucial and in many instances, the regional and opposition parties have agitated against the decisions of the incumbents in gubernatorial office.

There is a popular demand that the subject of education must be restored to the List II or State List in which originally it was located. The Parliament in 1976 enacted the 42nd Constitutional Amendment Act that transferred the subject of education to the List III or Concurrent List. The State Governments exclusively had authority over education when it was in State List and the Union Government acquire education after this transfer. As we learnt earlier when a contradiction arises between the States and the Central Government in the Concurrent List the authority of the Central Government or Parliament will prevail. Many political parties in States like Tamil Nadu are demanding the transfer of education back to the State List. 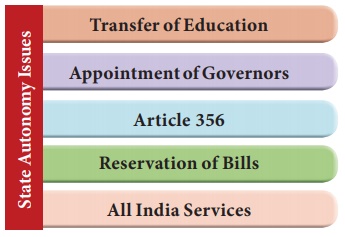 But many State Governments have criticized the Governors for reserving the duly passed State bills for the consideration of the President as there were alleged to have been motivated by political considerations to suppress the State Governments and to further the interests of the ruling party or coalition at the Centre.

Improper use of Article 356

The article 356 in Part XVIII of the Constitution provides for the proclamation of Emergency by the President in any State where there is a breakdown of Constitutional machinery either based on the report of the Governor or even otherwise. The article emphasizes on the supremacy of the Constitution and national unity and integrity. The State Governments ruled by the opposition parties of the ruling party at the Centre have complained against the frequent and improper use of this article by the ruling party or coalition at the Centre. More than a hundred times, the article has been used to impose emergency in States and in many instances there was a huge complaint that political and party considerations have led to the imposition of the President’s Rule. Many regional parties have demanded the abolition of this article. However, since the Supreme Court’s judgement in S.R. Bommai vs Union of India case, the chances for misuse of article 356 drastically reduced. 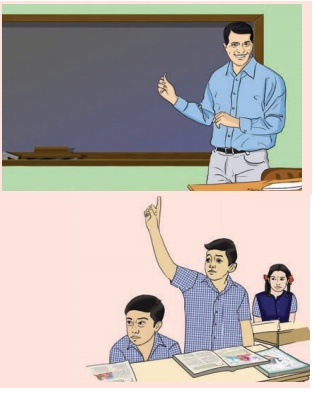 Student: Sir, can you please explain us the Cauvery dispute?

Teacher: Cauvery dispute is an inter-State water dispute. It involves the states of Tamil Nadu, Karnataka, Kerala and Union Territory of Puducherry.

Student: What is the history behind the issue?

Teacher: The history of the issue is a long one. The Madras Presidency and the Princely State of Mysore signed an agreement in 1924 for sharing the waters. After being in operation for fifty years the agreement lapsed in 1974.

Teacher: Yes, many rounds of negotiations were conducted for nearly two decades but no solution was reached. As we learnt earlier in the class, the Inter State River Water Disputes Act 1956 allows for the formation of a tribunal for resolving the river water disputes. The Cauvery River Water Tribunal was established in 1991 to solve the issue.

Student: Did the Tribunal deliver its Award? What are the features of its Award?

Teacher: Yes. The Tribunal gave the final Award in 2007. It stipulated a monthly release of water from Karnataka to Tamil Nadu across the border in Biligundlu. It fixed the share of each state from Cauvery River. It provided a distress formula to share the waters in years when rainfall is low allowing for proportionate sharing of the available water.

Student: What is the Cauvery management Board?

Teacher: The Tribunal provided a Cauvery Water Management Board to manage the tricky problem of sharing the water

Student: Has it been formed?

Teacher: After many years of litigation, the Supreme Court delivered the final verdict and directed the Union Government to constitute the mechanism to implement the Award. The Cauvery Water Management Authority and the Cauvery Water Regulation Committee were established in 2018 to implement the Award of the Tribunal as modified by the Supreme Court. At present Tamil Nadu is entitled to get 177.25 tmcft of water from Karnataka as measured in Biligundlu border. The total share for Cauvery water allotted to Tamilnadu is 404.25 tmcft. Karnataka is entitled to get 284.25 tmcft. Kerala’s share is 30 tmcft and the fourth disputant Puducherry will get 7 tmcft.