Federalism requires a written Constitution. There are many governments in any federal system and for their smooth and friction free functioning their powers must be stated in crystal clear terms. There are Twenty Eight State Governments and One national government at present operating in Indian federalism and therefore their powers and functions must be clearly defined.

2. Supremacy of the Constitution

The federal Constitutions provide for bicameralism. It refers to parliament having two houses. Indian Parliament is bicameral as it consists of two houses. The upper house is called RajyaSabha or Council of States while the lower house is known as LokSabha or House of the People. The Council of States is the guardian of States’ rights and it consists of the representatives of the States. All over the world the upper house is deemed to be the protector of States’ rights and interests. 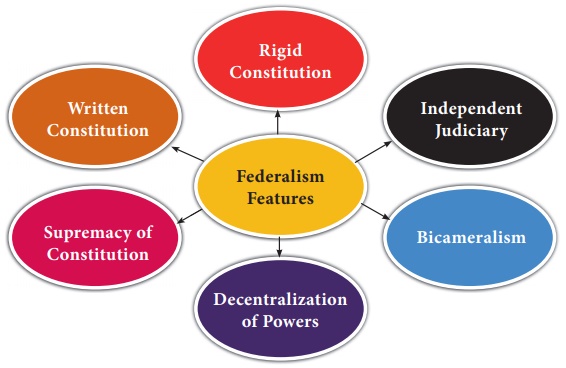 3. Acquired Territory (Any territory acquired by India like Pondicherry, Daman Diu after they became part of India and before they were made Union Territories)