In this chapter, we will study about the concept of integral and some types of method of indefinite and definite integrals.

Georg Friedrich Bernhard Riemann (Nineteenth century) was an inspiring German mathematician. He was very much recognised for his contribution in calculus.

Calculus divides naturally into two parts, namely (i) differential calculus and (ii) integral calculus. Differential calculus deals with the derivatives of a function whereas, integral calculus deals with the anti derivative of the derived function that is, finding a function when its rate of changemarginal function is known. So integration is the technique to find the original function from the derived function, the function obtained is called the indefinite integral. Definite integral is the evaluation of the indefinite integral between the specified limits, and is equal to the area bounded by the graph of the function (curve) between the specified limits and the axis. The area under the curve is approximately equal to the area obtained by summing the area of the number of inscribed rectangles and the approximation becomes exact in the limit that the number of rectangles approaches infinity. Therefore both differential and integral calculus are based on the theory of limits. 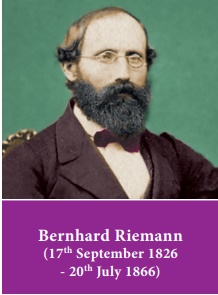 The word ‘integrate’ literally means that ‘to find the sum’. So, we believe that the name “Integral Calculus” has its origin from this process of summation. Calculus is the mathematical tool used to test theories about the origins of the universe, the development of tornadoes and hurricanes. It is also used to find the surplus of consumer and producer, identifying the probability density function of a continuous random variable, obtain an original function from its marginal function and etc., in business applications.

In this chapter, we will study about the concept of integral and some types of method of indefinite and definite integrals.