The subject Economics is classified into two branches, namely, Micro Economics and  Macro Economics. Ragnar Frisch, a Norwegian economist and the co-recipient of the first Nobel Prize  in Economic Sciences coined the words ‘micro’ meaning small and ‘macro’ meaning large in the year 1933. However, macroeconomics in its modern form, began with John Maynard Keynes and  his book “The General Theory of Employment, Interest and Money” published in 1936. Keynes offered an explanation for fallout from the Great Depression, when goods remained unsold and workers unemployed. Hence, Keynes is  regarded as the ‘Father of Modern Macro Economics’. 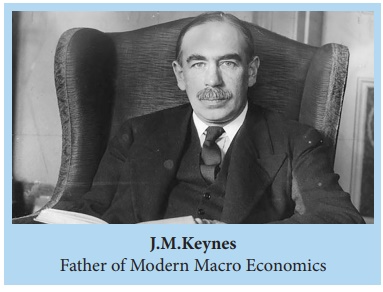