The Internet is the global system of interconnected computer networks that use the Internet protocol suite to link devices worldwide.

It is a network of networks that consists of private, public, academic, business, and government networks of local to global scope, linked by a broad array of electronic, wireless, and optical networking technologies.

The Internet carries a vast range of information resources and services, such as the inter-linked hypertext documents and applications of the World Wide Web (WWW), electronic mail, telephony and file sharing.

Browser is a tool used to access the internet using WWW (World Wide Web) and HTTP (Hyper Text Transfer Protocol). In the browser, if the user types the domain name such as www.tn.gov.in, the browser calls a protocol name DNS (Domain Name Server). DNS is used to get the IP address of the domain names. 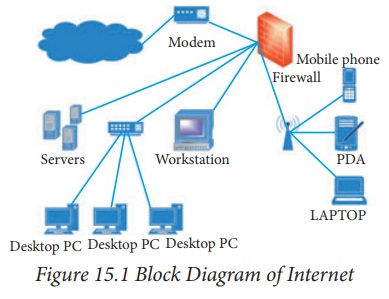 Internet evolved in 1969 and evolved many changes in several technologies and Infrastructural levels.

In 1972, the four nodes has been developed and it grown to 23 nodes located in different countries making it Internet.

• In 1985, The NSFNET was composed of multiple regional networks and peer networks

• In 1986, the NSFNET created a three-tiered network architecture.

• In 1990, Merit, IBM, and MCI started a new organization known as Advanced Network and Services (ANS). 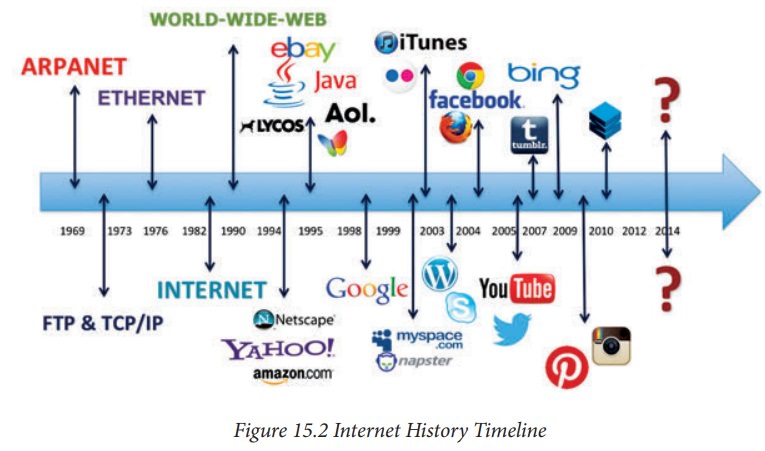 Internet covers almost every aspect of life. Internet allows the users to communicate with the people sitting at remote locations. There are various applications available on the web that uses Internet as a medium for communication. One can find various social networking sites such : Facebook, Twitter, Yahoo, Google+, Flickr, Orkut. One can surf for any kind of information over the internet. Information regarding various topics such as Technology, Health and Science, Social Studies, Geographical Information, Information Technology and Products can be surfed with help of a search engine.

Apart from communication and source of information, internet also serves as a medium for entertainment. Internet also allows the users to use as many services as like E-mail, Internet Banking, Online Shopping, Online Ticket Booking, Online Bill Payment and Data Sharing. Internet provides concept of electronic commerce, that allows the business deals to be conducted on electronic systems.