The environment of international business is regarded as the sum total of all the external forces working upon the firm as it goes about its affairs in foreign and domestic markets. The environment can be classified in terms of domestic, foreign, and international spheres of impact.

The environment of international business is regarded as the sum total of all the external forces working upon the firm as it goes about its affairs in foreign and domestic markets. The environment can be classified in terms of domestic, foreign, and international spheres of impact.

The domestic environment – is familiar to managers and consists of those uncontrollable external forces that affect the firm in its home market.

The foreign environment - can be taken as those factors which operate in those other countries within which the MNC operates.

It refers to the influence of the system of government and judiciary in a nation on international business. The type and structure of government prevailing in a country decides, promotes, fosters, encourages, shelters, directs, and controls the business of that country.

A political system is stable, honest, efficient, and dynamic and which ensures political participation to the people and assures personal security to the citizens, is a primary factor for economic development.

Democracy: refers to a political arrangement in which the supreme power is vested in the people. Democracies maintain stable business environments primarily through laws protecting individual property rights. Ex: India. 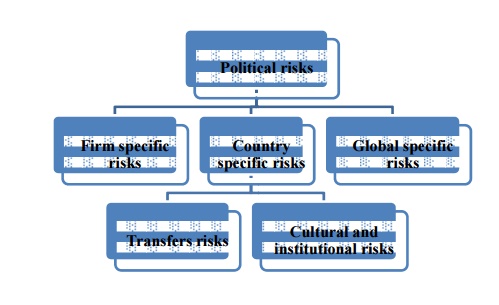 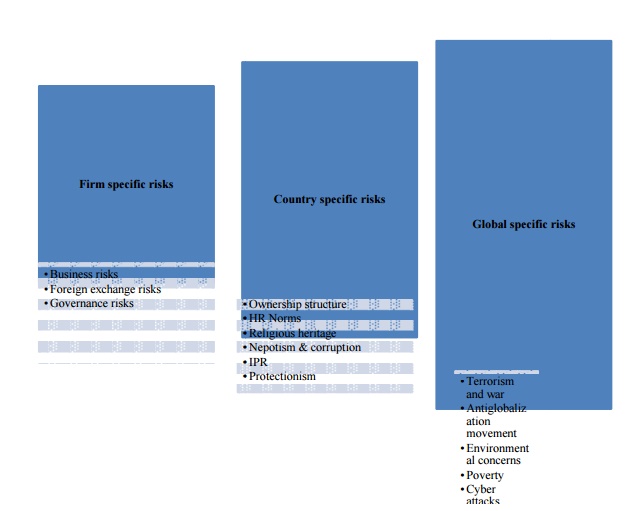 There are four basic legal systems prevailing around the world.

Islamic law: derived from the interpretation of the Quran and practiced in countries where Muslims are in majority. Ex: Saudi Arabia, Pakistan, Iran.

Common law: derived from English law, is prevalent in countries, which were under British influence. Ex: US, Canada, England, Australia.

Industrial disputes resolution: Legal disputes can arise in three situations: between governments, between a firm and a government, and between two firms.

Conciliation: also known as mediation, this is a nonbonding agreement between parties to resolve disputes by asking a third party to mediate.

Arbitration: is the preferred method for resolving international commercial disputes. The usual arbitration procedure is for the parties involved to select a disinterested and informed party or parties as referee to determine the merits of the case and make a judgment that both parties agree to honor.

Litigation: a wise course of action would be to seek a settlement other than by suing.

According to Elbert W Steward and James A Glynn “Culture consists the thought and behavioral patterns that members of a society learn through language and other forms of symbolic interaction – their customs, habits, beliefs and values, the common viewpoints that bind them together as a social entity.

It is dominant culture within the political boundaries of a country.

It also provides the guides for everyday business interactions.

It’s sister term is corporate culture refers to the philosophies, ideologies, values, assumptions, beliefs, expectations, attitudes and norms that knit an organization together and are shared by its employees

It exhibits the values of bureaucracy and feudalism.

Power is concentrated on the leader and obedience to orders and disciplines are stressed. Participative cultures tend to emerge where most organizational members are professionals or see themselves as equals.

Dominant culture, normally referred to as the organizational culture reflects core values that are shared by the majority of the employees. By contrast, sub-cultures are found in departments, divisions and geographical areas and reflect the common problems or experiences of employees who reside in these areas.

A Strong culture will have a significant influence on employee behavior manifesting in reduced turnover, lower absenteeism, increased cohesiveness, and positive attitudes.

A Weak culture is characterized by the presence of several sub-cultures, sharing of few values and behavioral norms by employees and existence of few sacred traditions.

One Unhealthy culture is a politicized internal environment that allows influential manager to operate autonomous “fiefdoms” and resist needed change.

Managing multiculturalism is essential for every international firm.

Compatibility between strategy and culture 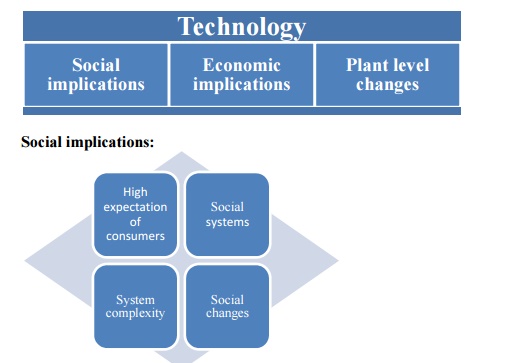 Rise and decline of products and organizations Boundaries redefined

Training of scientists and engineers.

It can help international managers, to predict how trends and events might affect performance of foreign business.

Classification on the basis of income:

Market economy: production of goods and services is not planned by individuals

Command economy: decisions relating to all economic activities – what to produce, how to produce.

III) Classification of countries by region:

Latin America and the Caribbean