Advertising—in or on newspapers, radio, television, billboards, busses, taxis, or the

Price promotions—products are being made available temporarily as at a lower price, or some premium (e.g., toothbrush with a package of toothpaste) is being offered for free.

Many French consumers do not know that the Gap even exists, so they cannot decide to go shopping there. This objective is often achieved through advertising, but could also be achieved through favorable point-of-purchase displays. Note that since advertising and promotional stimuli are often afforded very little attention by consumers, potential buyers may have to be exposed to the promotional stimulus numerous times before it “registers.”

Even when consumers know that a product exists and could possibly satisfy some of their desires, it may take a while before they get around to trying the product especially when there are so many other products that compete for their attention and wallets. Thus, the next step is often to try get consumer to try the product at least once, with the hope that they will make repeat purchases. Coupons are often an effective way of achieving trial, but these are illegal in some countries and in some others, the infrastructure to readily accept coupons (e.g., clearing houses) does not exist. Continued advertising and point-of-purchase displays may be effective. Although Coca Cola is widely known in China, a large part of the population has not yet tried the product

Attitude toward the product:

A high percentage of people in the U.S. and Europe has tried Coca Cola, so a more reasonable objective is to get people to believe positive things about the product - e.g., that it has a superior taste and is better than generics or store brands. This is often achieved through advertising

For mature products and categories, attitudes may be fairly well established and not subject to cost-effective change. Thus, it may be more useful to work on getting temporary increases in sales (which are likely to go away the incentives are removed).

In the U.S. and Japan, for example, fast food restaurants may run temporary price promotions to get people to eat out more or switch from competitors, but when these promotions end, sales are likely to move back down again (in developing countries, in contrast, trial may be a more appropriate objective in this category) 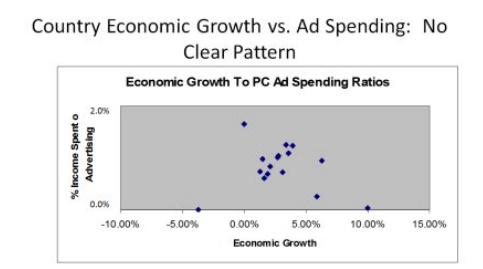 Constraints on Global Communications Strategies. Although firms that seek standardized positions may seek globally unified campaigns, there are several constraints:

The advertising will have to be translated, not just into the generic language category (e.g., Portuguese) but also into the specific version spoken in the region (e.g., Brazilian Portuguese). (Occasionally, foreign language ads are deliberately run to add mystique to a product, but this is the exception rather than the rule).

Subtle cultural differences may make an ad that tested well in one country unsuitable in another. e.g., an ad that featured a man walking in to join his wife in the bathroom was considered an inappropriate invasion in Japan. Symbolism often differs between cultures, and humor, which is based on the contrast to people’s experiences, tends not to travel well.

Values also tend to differ between cultures in the U.S. and Australia, excelling above the group is often desirable, while in Japan, “The nail that sticks out gets hammered down.” In the U.S., “The early bird gets the worm” while in China “The first bird in the flock gets shot down.”

People in some countries are more receptive to advertising than others. While advertising is accepted as a fact of life in the U.S., some Europeans find it too crass and commercial.

Cable TV is not well developed in some countries and regions, and not all media in all countries accept advertising. Consumer media habits also differ dramatically; newspapers appear to have a higher reach than television and radio in parts of Latin America.

Countries often have arbitrary rules on what can be advertised and what can be claimed. Comparative advertising is banned almost everywhere outside the U.S. Holland requires that a toothbrush be displayed in advertisements for sweets, and some countries require that advertising to be shown there be produced in the country.

Directness vs. indirectness: U.S. advertising tends to emphasize directly why someone would benefit from buying the product. This, however, is considered too pushy for Japanese consumers, where it is felt to be arrogant of the seller to presume to know what the consumer would like.

Comparison: Comparative advertising is banned in most countries and would probably be very counterproductive, as an insulting instance of confrontation and bragging, in Asia even if it were allowed. In the U.S., comparison advertising has proven somewhat effective (although its implementation is tricky) as a way to persuade consumers what to buy.

Humor: Although humor is a relatively universal phenomenon, what is considered funny between countries differs greatly, so pre-testing is essential.

Gender roles. A study found that women in U.S. advertising tended to be shown in more traditional roles in the U.S. than in Europe or Australia. On the other hand, some countries are even more traditional—e.g., a Japanese ad that claimed a camera to be “so simple that even a woman can use it” was not found to be unusually insulting.

Sophistication. Europeans, particularly the French, demand considerably more sophistication than Americans who may react more favorably to emotional appeals - e.g., an ad showing a mentally retarded young man succeeding in a job at McDonald’s was very favorably received in the U.S. but was booed at the Cannes film festival in France.

Information content vs. fluff: American ads contain a great deal of “puffery,” which was found to be very ineffective in Eastern European countries because it resembled communist propaganda too much. The Eastern European consumers instead wanted hard, cold facts.

Advertising standardization: Issues surrounding advertising standardization tend to parallel issues surrounding product and positioning standardization. On the plus side, economies of scale are achieved, a consistent image can be established across markets, creative talent can be utilized across markets, and good ideas can be transplanted from one market to others. On the down side, cultural differences, peculiar country regulations, and differences in product life cycle stages make this approach difficult. Further, local advertising professionals may resist campaigns imposed from the outside. sometimes with good reasons and sometimes merely to preserve their own creative autonomy. 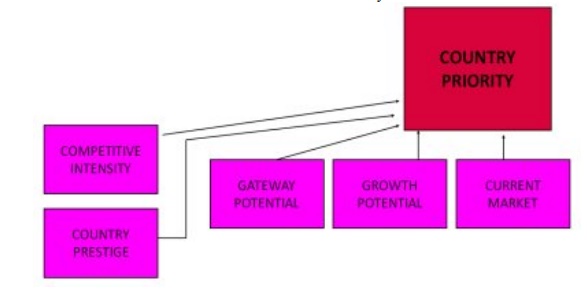 Legal issues. Countries differ in their regulations of advertising, and some products are banned from advertising on certain media (large supermarket chains are not allowed to advertise on TV in France, for example). Other forms of promotion may also be banned or regulated. In some European countries, for example, it is illegal to price discriminate between consumers, and thus coupons are banned and in some, it is illegal to offer products on sale outside a very narrow seasonal and percentage range.