In the previous chapter, we have studied the basis of trade, gains from trade, terms of trade, BoP and foreign exchange. When trade takes place among countries, the developed countries always stand to gain and the LDCs suffer from adverse terms of trade as well as balance of payments and they affect their exchange rates. The Great Depression of 1930s and World War II led to purely nationalistic policies in which almost every country imposed trade restrictions, exchange controls and exchange depreciation so as to boost exports and to restrict imports considerably. 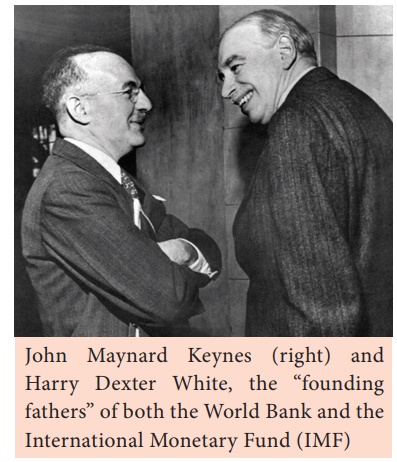 The Brettonwoods Conference proposed IMF, World Bank and International Trade Organisation (ITO) in 1944. The IMF and World Bank were started in 1945. Instead of ITO, an interim arrangement was made and named GATT (General Agreement on Tariff and Trade). The GATT was transformed into WTO (World Trade Organisation) from 1995. The IMF, IBRD and WTO headquarters are presented in the table.