The WTO was established in 1995 as a successor to the GATT.

The WTO was established in 1995 as a successor to the GATT. It is a new international organization set up as a permanent body and is designed to play the role of watch dog in the spheres of trade in goods and services, foreign investment and intellectual property rights. The Dunkel Draft, formulated by Arthur Dunkel, its Secretary General became the base for WTO. 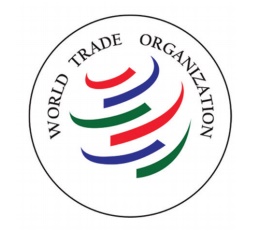 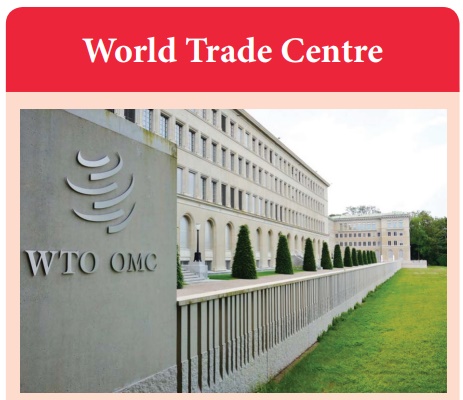 WTC headquarters located at New York, USA. It featured the landmark Twin Towers which was established on 4th April 1973. Later it was destroyed on 11th September 2001 by the craft attack. It brings together businesses involved in international trade from around the globe.

The basic aim is to expand international trade and bring about economic prosperity by liberalizing trade restrictions.

Intellectual Property Rights include copy right, trade marks, patents, geographical indications, trade secrets, industrial designs, etc. TRIPS Agreement provides for granting product patents instead of process patents. The period of protection will be 20 years for patents, 50 years for copy rights, 7 years for trade marks and 10 years for layout designs. As a result of TRIPS, the dependence of LDCs on advanced countries for seeds, drugs, fertilizers and pesticides has increased. Farmers are depending on the industrial firm for their seeds.

TRIMs are related to conditions or restrictions in respect of foreign investment in the country. It calls for introducing equal treatment for foreign companies on par with national companies. TRIMs were widely employed by developing countries. Restrictions on foreign investment on following grounds are to be removed.

GATS is the first multilateral set of rules covering trade in services like banking, insurance, transportation, communication, etc., All member countries are supposed to extend MFN (Most Favoured Nation) status to all other countries without any discrimination. Transparency should be maintained by publishing all relevant laws and regulations over services.

The multi fibre agreement governed the world trade in textiles and garments since 1974. It imposed quotas on export of textiles by developing nations to the developed countries. This quota system was to be phased out over a period of ten years. This was beneficial to India.

Agriculture was included for the first time under GATT. The important aspects of the agreement are Tariffication, Tariff cuts and Subsidy reduction.

The Disputes Settlement Body puts an end to procedural delays. It is mandatory to settle any dispute within 18 months. The disputes are resolved through multilateral trading system. However, India has lost a huge export earnings because of the conditions laid out by the Body.

The following are the functions of the WTO

i) It facilitates the implementation, administration and operation of the objectives of the Agreement and of the Multilateral Trade Agreements.

ii) It provides the forum for negotiations among its members, concerning their multilateral trade relations in matters relating to the agreements.

iii) It administers the Understanding on Rules and Procedures governing the Settlement of Disputes.

iv) It cooperates with the IMF and the World Bank and its affiliated agencies with a view to achieving greater coherence in global economic policy making.

v Cooperation with other international organizations

The major achievements of WTO are as follows

1. Use of restrictive measures for BoP problems has declined markedly;

2. Services trade has been brought into the multilateral system and many countries, as in goods, are opening their markets for trade and investment;

India is the founding member of the WTO. India favours multilateral trade approach. It enjoys MFN status and allows the same status to all other trading partners. India benefited from WTO on following grounds:

1. By reducing tariff rates on raw materials, components and capital goods, it was able to import more for meeting her developmental requirements. India's imports go on increasing.

2. India gets market access in several countries without any bilateral trade agreements.

3. Advanced technology has been obtained at cheaper cost.

4. India is in a better position to get quick redressal from the trade disputes.