International Bank For Reconstruction And Development (IBRD) or World Bank

The purpose is to bring about a smooth transition from war-time to peace-time economy.

International Bank For Reconstruction And Development (IBRD) or World Bank

The International Bank for Reconstruction and Development (IBRD), otherwise called the World Bank(WB) was established in 1945 under the Bretton Woods Conference in 1944. The purpose is to bring about a smooth transition from war-time to peace-time economy. It is known as a sister institution along with the International Monetary Fund. The membership in International Monetary Fund is a prerequisite to become a member of IBRD. The IBRD was established to provide long term financial assistance to member countries. 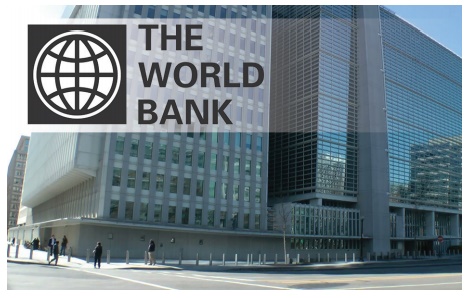 Objectives of the World Bank

The following are the objectives of the World Bank:

1. To help member countries for economic reconstruction and development.

3. To provide guarantees for loans meant for infrastructural and industrial projects of member nations.

5. To supplement foreign private investment by direct loans out of its own funds for productive purposes.

The Bank advances loans to members in three ways

i) Loans out of its own fund,

ii) Loans out of borrowed capital and

The Bank(WB) has changed its development loan strategy and lays more emphasis on financing schemes which directly influence the well being of poor masses of the member countries, especially the developing countries. The amount of agricultural loans has increased more rapidly than in any other sector. The bank now also takes interest in the activities of the development of rural areas such as:

a) spread of education among the rural people

b) development of roads in rural areas and

c) electrification of the villages.

The World Bank performs the major role of providing loans for development works to member countries, especially to underdeveloped countries. The World Bank provides long-term loans for various development projects. Article 1 of the Agreement states the functions performed by the world bank as follows.

The World Bank performs the function of assisting in the reconstruction and development of territories of member nations through facility of investment for productive purposes. It also encourages the development of productive facilities and resources in less developed countries.

Promoting the long range balanced growth of trade at international level and the maintaining equilibrium in BOPs of member nations by encouraging international investment.

3. Provision of loans and guarantees

Arranging the loans or providing guarantees on loans by various other channels so as to execute important projects.

The World Bank facilitates different kinds of technical services to the member countries through Staff College and experts.

The World Bank is said to be successful in achieving its primary objective of reconstruction and development of war ravaged nations. It helped greatly in the reconstruction of Europe after the World War II. It has been providing the developed and developing countries the same treatment in the process of growth.

i) It is noted that the Bank’s membership has increased from the initial number of 30 countries to 68 countries in 1960 and to 151 countries in 1988. The IBRD has 189 member countries.

ii) The Bank grants medium and long-term loans (i.e., payable over a period of 15-20 years) for reconstruction and development purposes to the member countries. The actual term of a loan depends upon the estimated useful life of the equipment or plant financed.

iii) Initially the World Bank’s loans were mainly directed at the European countries for financing their programmes of reconstruction. Later it changed its development loan strategy and lays more emphasis of financing schemes for the poor masses of the developing countries.

iv) The World Bank grants loans to member countries only for productive purposes particularly for agriculture, irrigation, power and transport. In other words, the Bank strengthens infrastructure needed for further development.

v) The International Development Association (IDA), the Soft Loan Window of the Bank provides loans to UDCs at very low rate of interest. However, the economic inequality among the member-countries goes on increasing. Many African countries are yet to improve their economic status.

The name “International Bank for Reconstruction and Development” was first suggested by India to the drafting committee. Since then the two have developed close relationship with each other from framing the policies of economic development in India to financing the implementation of these policies. The World Bank has given large financial assistance to India for economic development. Special mention may be made of the assistance World Bank has given to India in the development of infrastructure such as electric power, transport, communication, irrigation projects and steel industry.

The World Bank has assisted a number of projects in India. The IFC has identified five priority areas, namely, capital market development, direct foreign investment, access to foreign markets, equity investments in new and expanding companies and infrastructure. The World Bank has also assisted India in accelerating programmes of poverty alleviation and economic development. Until China became the member of World Bank in 1980, India was the largest beneficiary of the World Bank assistance.

India is a member of four of the five constituents of the World Bank Group.

India is one of the founder members of IBRD, IDA and IFC. World Bank assistance in India started from 1948 when a funding for Agricultural Machinery Project was approved.

India became a member of MIGA in January 1994.

India has an Executive Director, in the Board of Directors of IBRD / IFC / IDA/ MIGA.