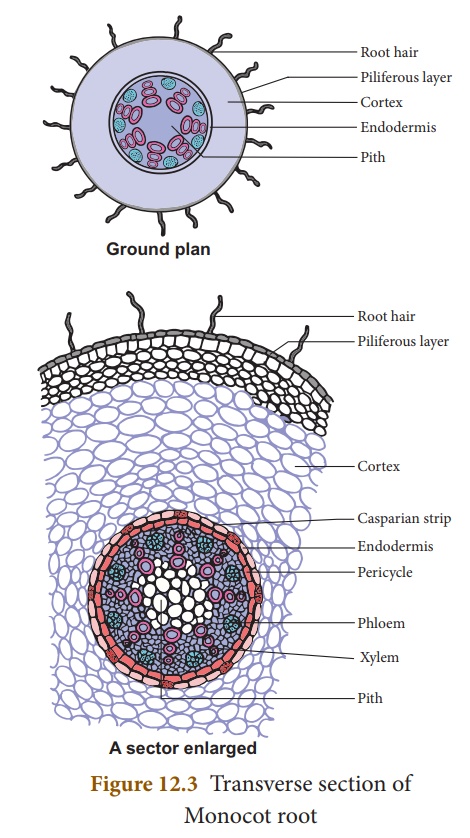 i. Epiblema or Rhizodermis: It is the outermost layer of the root, and is made up of single layer of thin walled, parenchymatous cell. Stomata and cuticle are absent. The root hair helps in absorption of water and minerals from the soil. This layer also protects the inner tissues.

ii. Cortex: It is multilayered large zone, composed of parenchymatous cells with intercellular spaces. It stores water and food material.

a) Pericycle: It is a single layer of thin walled cells. The lateral roots originate from this layer.

b) Vascular tissues: It consists of many patches of xylem and phloem arranged radially. The xylem is exarch and polyarch. The conjunctive tissue is made up of sclerenchyma.

c) Pith: It is present at the center. It is made up of parenchyma cells with intercellular spaces. It contains abundant amount of starch grains. It stores food.

Differences between Dicot and Monocot root