IFNs are a family of naturally occurring proteins and glycoproteins with molecular weights of 16,776 to 22,093 Da produced and secreted by cells in response to viral infections and to synthetic or biological inducers.

IFNs are a family of naturally occurring proteins and glycoproteins with molecular weights of 16,776 to 22,093 Da produced and secreted by cells in response to viral infections and to synthetic or biological inducers. By interacting with their specific hetero-dimeric receptors on the surface of cells, the IFNs initiate a broad and varied array of signals that induce cellular antiviral states, modulate inflammatory re-sponses, inhibit or stimulate cell growth, produce or inhibit apoptosis, and modulate many components of the immune system. Structurally, they are part of the helical cytokine family (Fig. 1). During the past 25 years, major research efforts have been undertaken to understand the signaling mechanisms through which these cytokines induce their effects. Figure 2, as an example, illustrates the Janus-activated kinase–signal transducer and activator of transcrip-tion (JAK-STAT), the best characterized IFN signaling pathway. However, coordination and cooperation of multiple distinct signaling cascades, including the mitogen-activated protein kinase p38 cascade and the phosphatidylinositol 3-kinase cascade, are required for the generation of responses to IFNs (Platanias, 2005). (For a review of the IFN signaling pathways see Special Issue: The Neoclassical Pathways of Interferon Signaling. Journal of Interferon and Cytokine Research 2005; 25:731–811.) Many of the symptoms of acute viral infections are the consequence of the high systemic IFNα response induced by the infecting viruses particularly during the viremic phase. 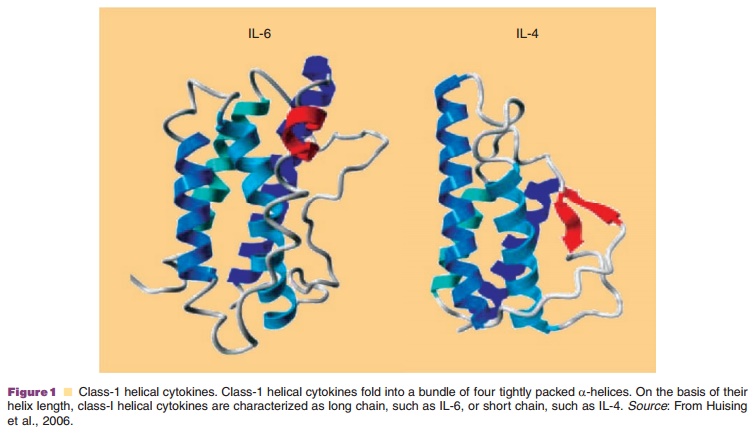 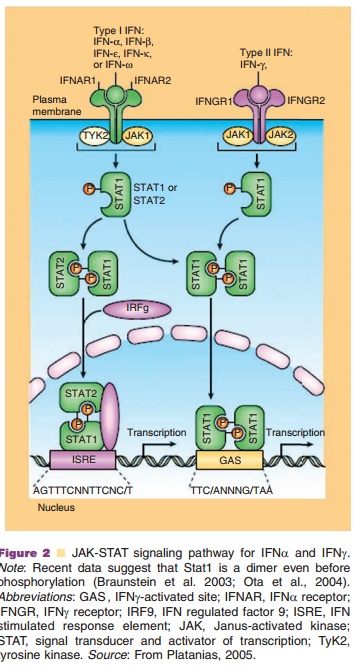 Human type I IFNs comprise 13 different IFNα isoforms or subtypes with varying specificities, e.g. affinities to different cell types, and downstream activities. Although there are 13 human IFNα pro-teins, two of them (IFNα1 and IFNα13) are identical proteins so that the total number of type I IFNs are often listed as 12 (Pestka, 1981a,b, 1986). There is also one subtype each for IFNβ (beta), IFNe (epsilon), IFNk (kappa) and IFNω (omega). Their ability to establishan “antiviral state” is the distinctive fundamental property of type I IFNs (Sen, 2001). They are produced by most cells, however, certain types seem to be more selectively expressed, e.g., IFNk by keratinocytes (LaFleur et al., 2001).

IFNα2, -b and -g are the most extensively studied to date. All IFNs and IFN-like cytokines have been recently reviewed in Pestka et al. (2004a).

The names for the human IFNs presently approved by the Human Genome Nomenclature Committee (HGNC) are listed in Table 1. (For an exhaustive review see Meager, 2006). 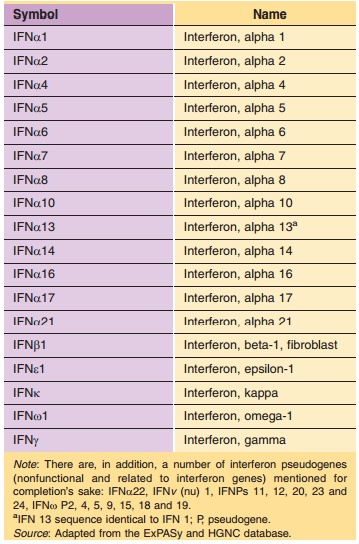