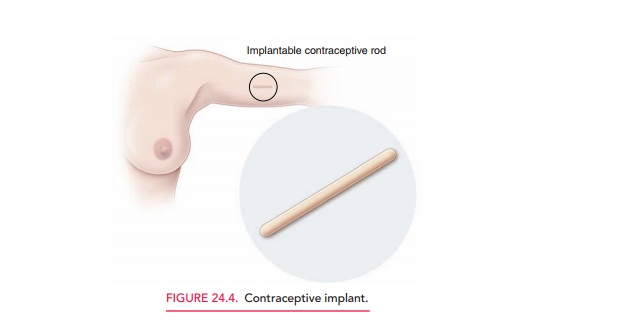 Depo medroxyprogesterone acetate (DMPA) is an in-jectable progestin given in intramuscular or subcutaneous injections every 3 months. It maintains a contraceptive level of progestin for at least 14 weeks, providing a useful “safety” margin in case an injection is not administered within precisely 3 months.

Depo medroxyprogesterone acetate (DMPA) is an in-jectable progestin given in intramuscular or subcutaneous injections every 3 months. It maintains a contraceptive level of progestin for at least 14 weeks, providing a useful “safety” margin in case an injection is not administered within precisely 3 months. The injection should be given within the first 5 days of the current menstrual period, and, if not, a back-up method of contraception is necessary for 2 weeks. DMPA is not a sustained-release preparation, re-lying instead on higher peaks and sustained levels of prog-estin. In addition to thickening of the cervical mucus and decidualization of the endometrium, DMPA also acts by maintaining a circulating level of progestin high enough to block the luteinizing hormone surge and, thus, ovulation. FSH suppression does not occur with DMPA as it does with combination oral contraceptives.

Recently, concerns have been raised about adverse effects of DMPA on bone mineral density resulting from alterations in bone metabolism associated with the reduced estrogen levels. Special concern has been raised about this effect during adolescence, a critical period of bone accre-tion, although the decrease in bone mineral density ap-pears to be substantially reversible after discontinuation of this injectable contraceptive. Nonetheless, the U.S. Food and Drug Administration (FDA) has added a warning to this formulation, that use beyond 2 years should be care-fully considered and alternate contraceptive methods be evaluated. In addition, women at special risk for osteoporo-sis should be especially careful when considering the use of DMPA. Concern about the use of DMPA in adolescents should be weighed against the advantages of compliance and effective contraception. In addition, noncontraceptive benefits of DMPA include decreased risk of endometrial carcinoma and iron-deficiency anemia. It may also improve management of pain associated with endometriosis, en-dometrial hyperplasia, and dysmenorrhea. As with all con-traceptive options, the balance of overall risk to benefit for DMPA should be weighed on an individual, patient basis (Box 24.3). 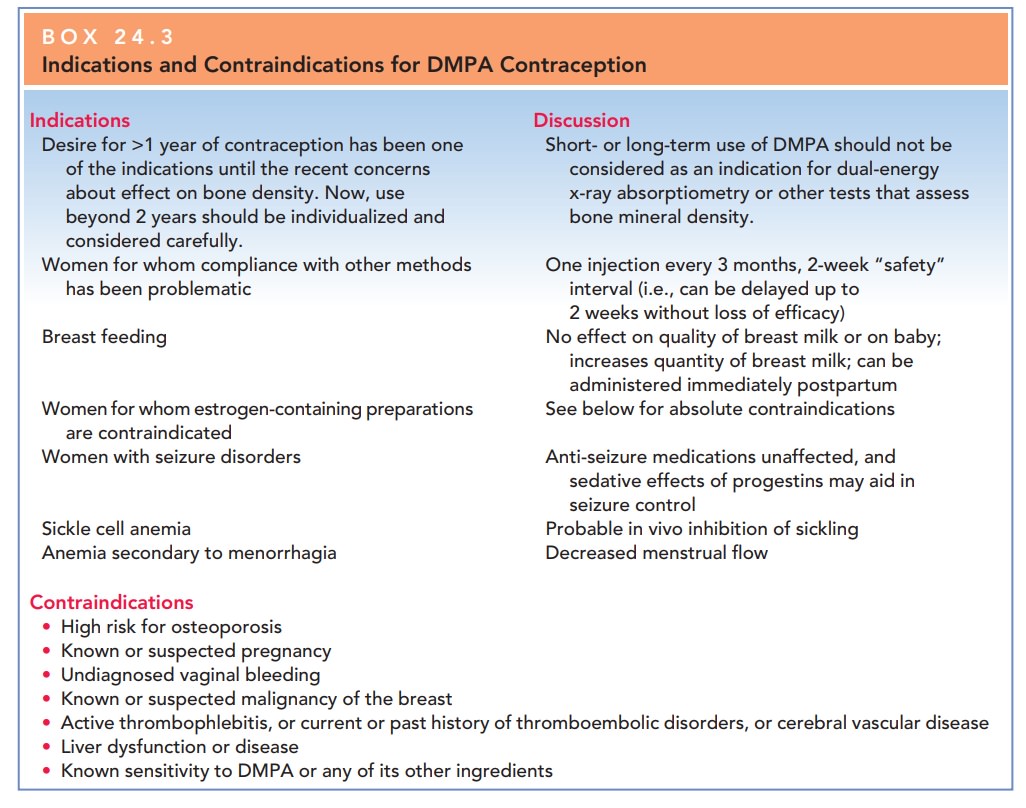 The efficacy of DMPA is roughly equivalent to that of sterilization (see Table 24.1) and is not affected by weight or altered by patients taking medications that alter hepatic function. Contraindications of DMPA are similar to those of other hormonal contraceptives. DMPA injec-tions may cause irregular bleeding, which decreases with each injection so that 80% of women are amenorrheic after 5 years. Because 25% of users discontinue DMPA within the first year of use owing to this problem, extensive pre-initiation counseling and, if needed, treatment with 7 days of conjugated estrogen (1.25 mg/day) may be useful. When DMPA is discontinued, about 50% of patients resume normal menses within 6 months. Twenty-five percent do not resume menses for more than 1 year. These patients should be evaluated to detect other possible causes.

The implant contraceptive system releases a daily dose of progestin and estrogen per day. This method is easier to insert and remove than previous implantable systems (Fig. 24.4). It works primarily by thickening the cervical mucus and inhibiting ovulation. Unlike DMPA, it does not affect bone mineral density. The most common side effect is irregular, unpredictable vaginal bleeding that may continue even after several months of use. 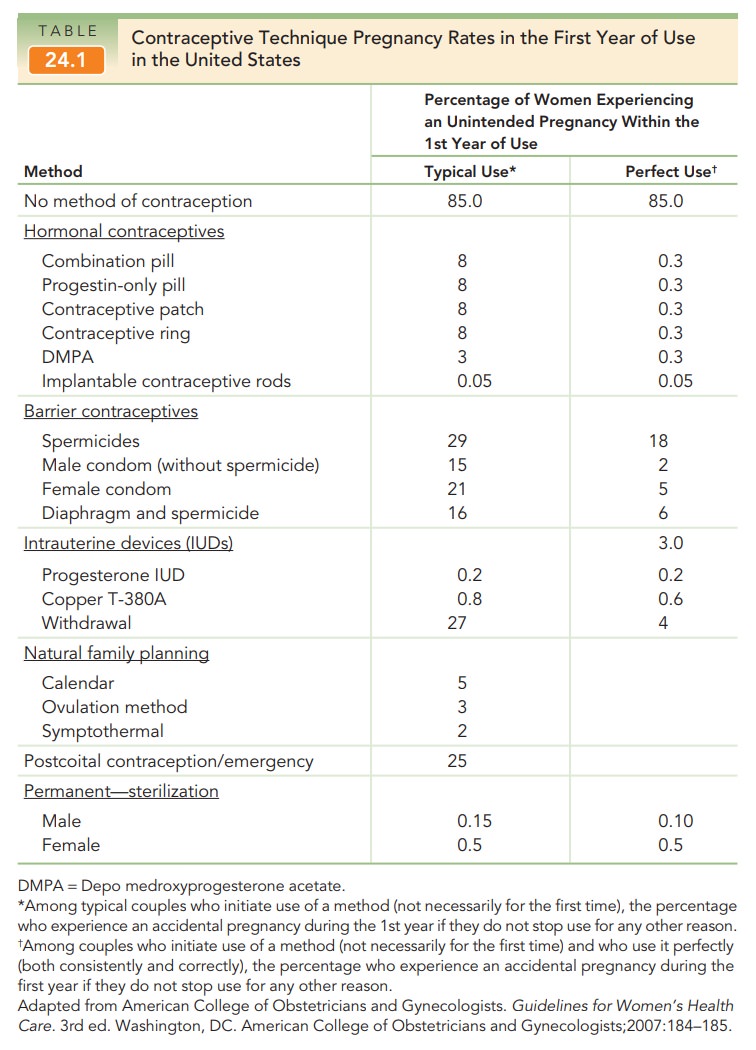