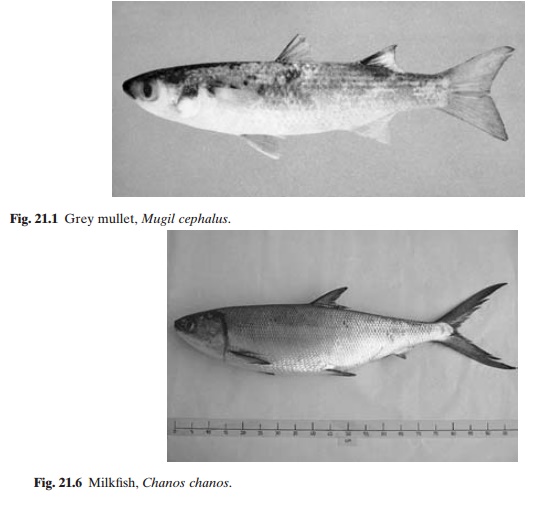 Grey mullets (family Mugilidae) and the milk-fish (family Chanidae) have been the mainstay of finfish culture in coastal and estuarine impoundments for centuries.

Grey mullets (family Mugilidae) and the milk-fish (family Chanidae) have been the mainstay of finfish culture in coastal and estuarine impoundments for centuries. In the vallis of the Mediterranean lagoons (especially in Italy), in the so-called coastal ‘harbour culture’ in Northern China, in the bheris of the Gangetic estuaries in the Indian sub-continent, in the tambaks of Java (Indonesia) and in the coastal fish ponds of Hawaii the grey mullets formed an important group of cultured species. Like many other widely distributed aquaculture species, mullets are relished by consumers in some areas, but considered of poor eating quality in others. This is clearly exemplified in the Mediterranean region, where fresh grey mullet is considered a delicacy in the countries bordering the eastern Mediterranean up to Italy, whereas in countries of the western region there is hardly any market for them. Though considered a high-quality fish in some South American countries like Brazil, they have very little acceptance in North America, except in the southern states and in Hawaii. 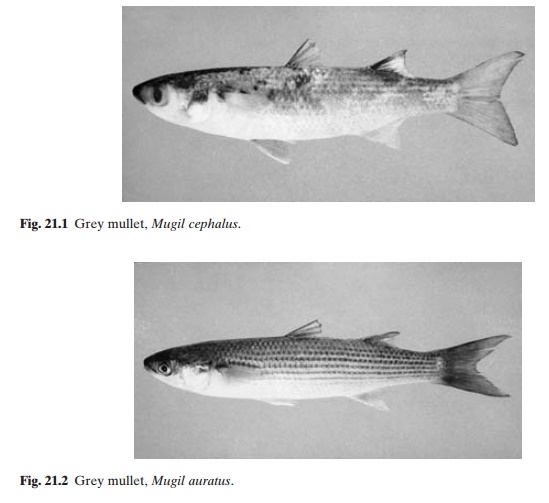 In many ways milkfish is similar to the mullet in consumer acceptance. Distributed widely (although not as widely as the mullets), and seldom forming a major capture fishery, milk-fish is an important food fish only in Indonesia, the Philippines and Taiwan. However, much of the brackish-water aquaculture experience in Asia has originated from milkfish farming and until recently dominated the scene, until shrimp culture became the major focus of attention in coastal farming.

Although the grey mullets and the milkfish belong to different families, most of them are herbivorous and detritus feeders. In spite of some advances made in induced breeding, culture of these species is still based on wild fry and fingerlings. The main species of aquacultural interest are euryhaline and can be reared both in brackish- and salt-water environments. They can easily be acclimatized for culture in fresh water. 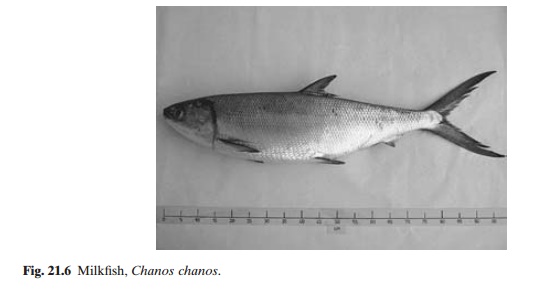