List and define the major features of a typical bone.

It is traditional to list 206 bones in the average adult skeleton (table 6.1), although the actual number varies from person to person and decreases with age as some bones fuse. 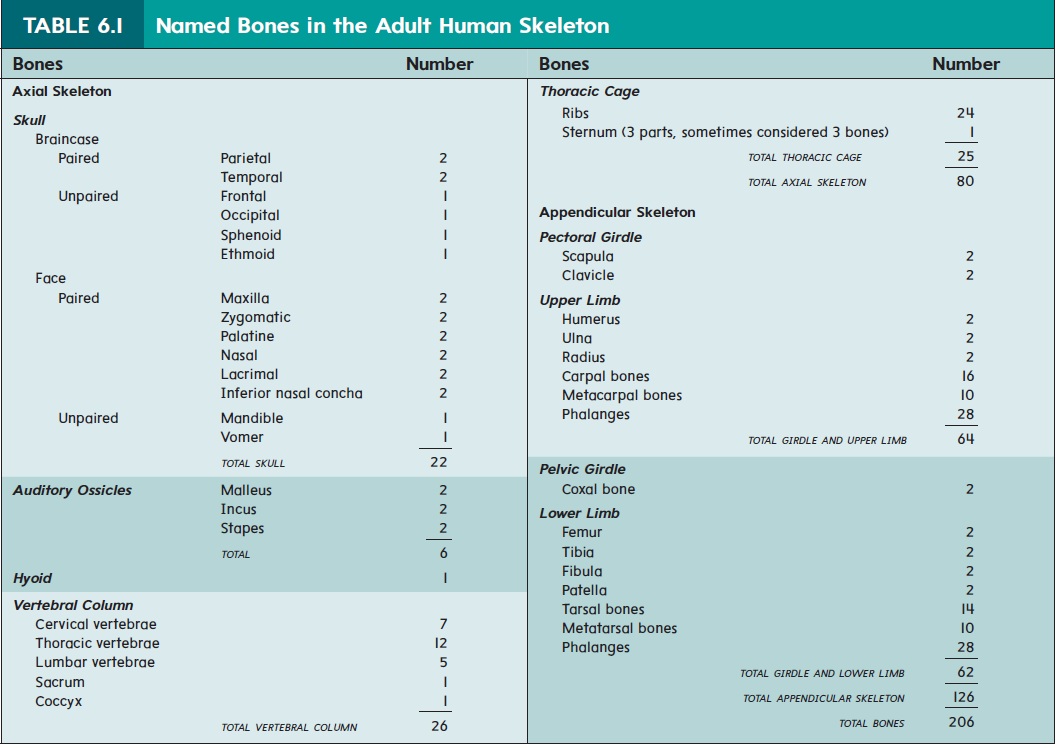 Anatomists use several common terms to describe the features of bones (table 6.2). For example, a hole in a bone is called a foramen(fō-rā′\men; pl. foramina, fō-rā′\min-ă;foro,to pierce). Aforamen usually exists in a bone because some structure, such as a nerve or blood vessel, passes through the bone at that point. If 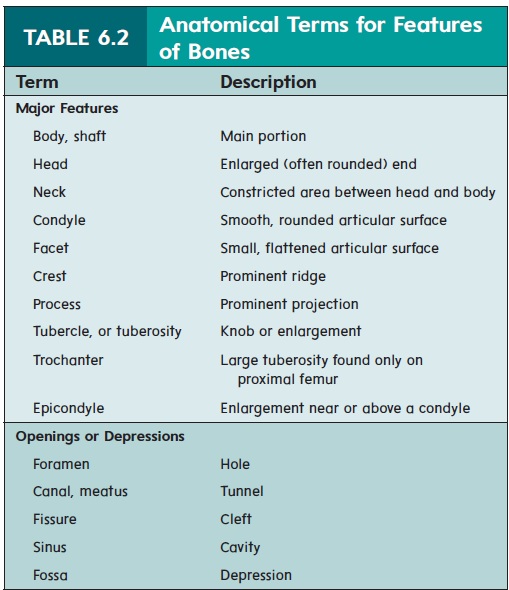 the hole is elongated into a tunnel-like passage through the bone, it is called a canal or a meatus (mē-ā′\tus; a passage). A depression in a bone is called a fossa (fos′\ă). A lump on a bone is called a tubercle (too′\ber-kl; a knob) or a tuberosity (too′\ber-os′\i-tē), anda projection from a bone is called a process. Most tubercles and processes are sites of muscle attachment on the bone. Increased muscle pull, as occurs when a person lifts weights to build up muscle mass, can increase the size of some tubercles. The smooth, rounded end of a bone, where it forms a joint with another bone, is called a condyle (kon′\dı̄l; knuckle).

The bones of the skeleton are divided into axial and appen-dicular portions (figure 6.10). 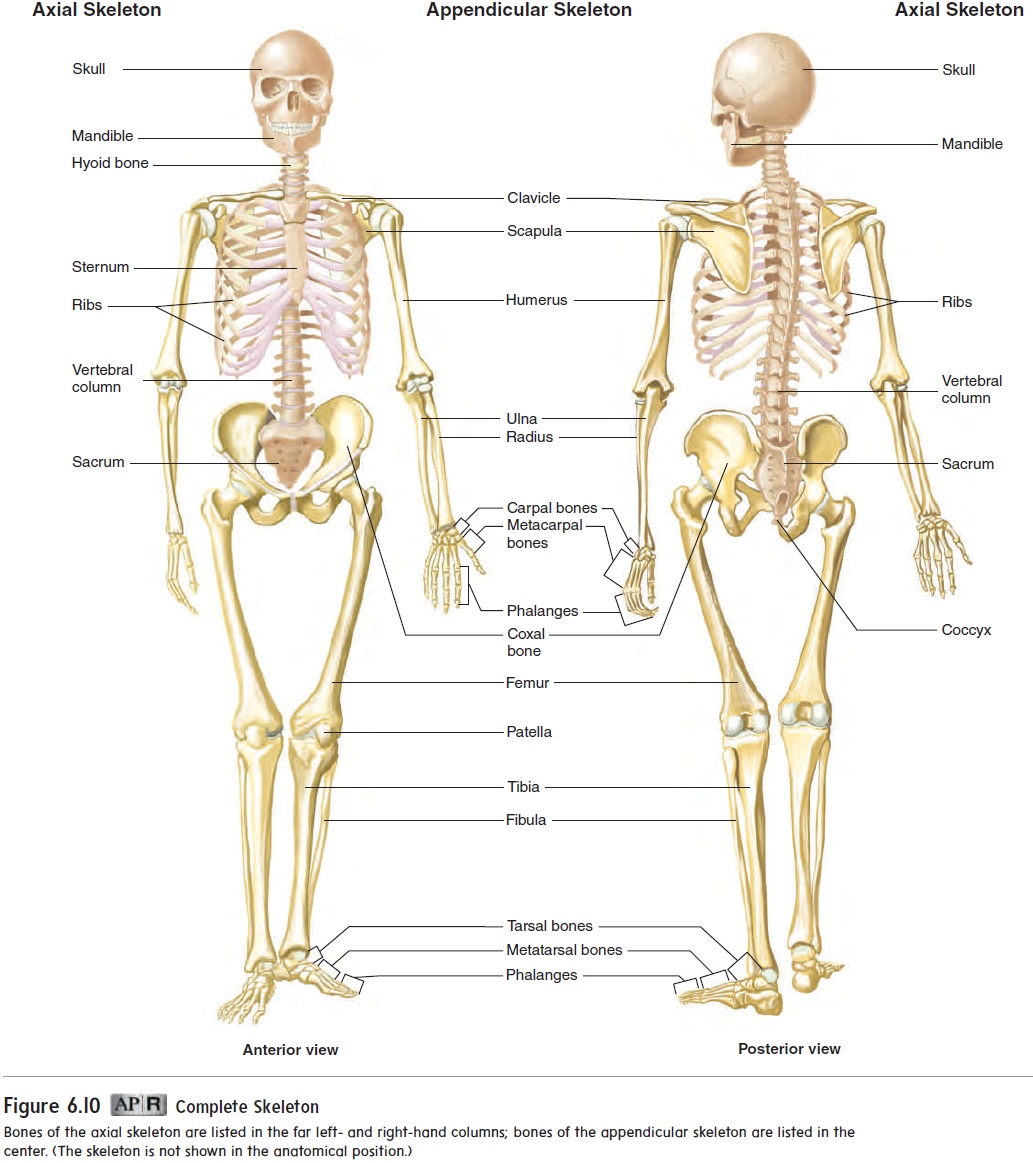