Fuel system components FUEL INJECTION PUMP - Fuel injection pump sucks fuel from the tank , pressurizes the fuel to approx. 600 - 1000 bar and sends it to the injectors. Inline FIP - Has separate pumping chambers for each cylinder Rotary FIP (Distributor pump) - Has one pumping chamber and the pump distributes to each cylinder as per sequence- firing order INJECTORS - Inject the high pressure fuel in to each cylinder. FUEL FILTER - Filters the fuel from dirt & sediments, since the Fuel injection pump requires clean fuel.

Electronic Diesel Control is a diesel engine fuel injection control system for the precise of metering and delivery in fuel into the combustion chamber of modern diesel engines used trucks and cars. 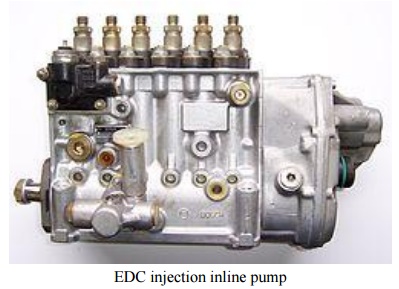 The mechanical fly-weight governors    of       inline      and distributor diesel fuel

injection pumps used to control fuel delivery under a variety of engine loads and conditions could no longer deal with the ever increasing demands for efficiency, emission control, power and fuel consumption.

The EDC is divided into these main groups of components.

of physical inputs is converted into electrical signal outputs. 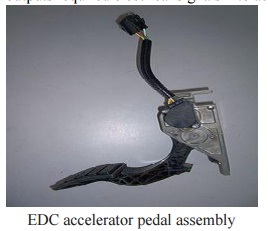 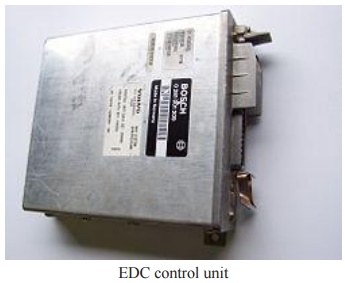 The ECU collects and processes signals from various on-board sensors. AnECU electronic module contains microprocessors, memory units, analog to digital converters and output interface units. Depending upon the parameters, a number of different maps can be stored in the onboard memory.

This allows the ECU to be tailored to the specific engine and vehicle requirements, depending on the application. The operating software of the ECU can be adapted for a wide variety of engines and vehicles without the necessity of hardware modification.

The ECU is usually located in the cab or in certain cases, in a suitable position in the engine bay where additional environmental conditions might require cooling of the ECU as well as a requirement for better dust, heatand vibrations insulation .

Electro-magnetic actuators are usually located on the fuel pump to transfer electrical signals into mechanical action in this case fuel rack actuator and or fuel stop solenoid which means that depending on requests from control unit full fuel or no fuel quantity. 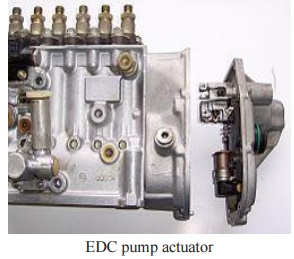 The injection of fuel or the quantity of injected fuel has a decisive influence on engine starting, idling, power and emissions. The engine ECU is programmed ("mapped") with relevant data to where the fuel rack position has an equivalent signal for the amount of fuel being injected.

The driver requests the torque or engine speed requirements via accelerator pedal potentiometer thereby sending a signal to the engine ECU which then, depending on its mapping and data collected from various sensors, calculates in real time the quantity of injected fuel required, thus altering the fuel rack to the required position. The driver can also input additional commands such as idle speed increase to compensate e.g. for PTO operation which can be either variably set or has a preset speed which can be recalled.

The road speed function can be used to evaluate vehicle speed and possibly activate a speed limiter (Heavy Vehicles), or maintain or restore a set speed (cruise control). Further functions can include exhaust brake operation which, when activated, will result in the fuel pump rack position being set to zero delivery or idle. The engine ECU can also interface with various other vehicle systems e.g. traction control and carries out self monitoring duties and self diagnostic functions to keep the system working at an optimal level. To ensure the safe operation in case of failure, the limp home mode functions are also integrated into the system, for e.g. should the pump speed sensor fail the ECU can use an alternator speed signal function for engine RPMs counter as a backup signal. 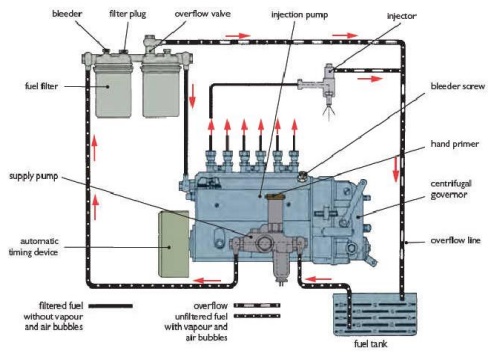 The primary difference between carburetors and fuel injection is that fuel injection atomizes the fuel by forcibly pumping it through a small nozzle under high pressure, while a carburetor relies on suction created by intake air accelerated through a Venturi tube to draw the fuel into the airstream. 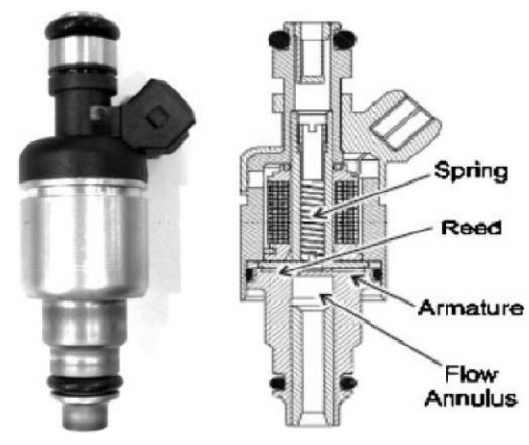