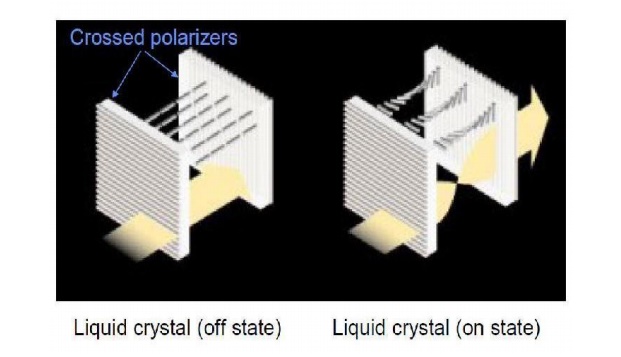 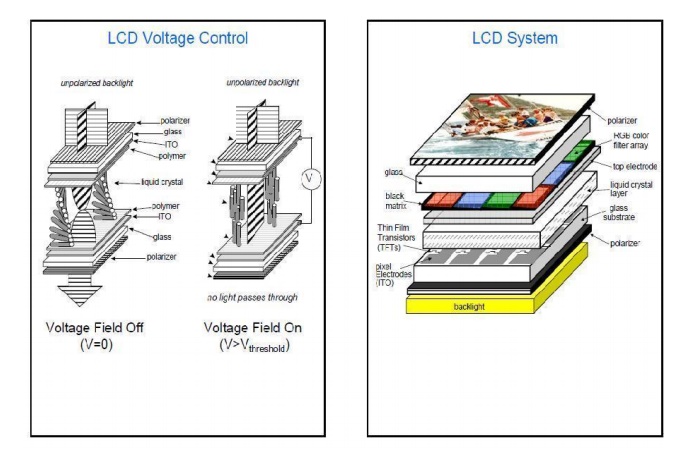 Instead of the crystals and electrodes sandwiched between polarized glass plates, in LCOS devices the crystals are coated over the surface of a silicon chip.

The electronic circuits are etched into the chip, which is coated with a reflective surface. Polarizers are in the light path before and after the light bounces off the chip. 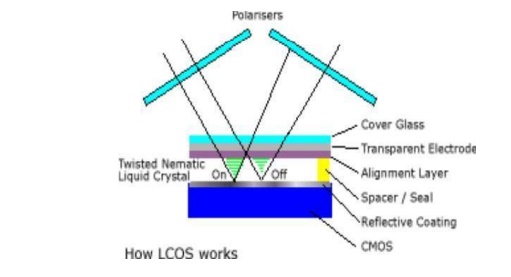 Have higher resolution because several million pixels can be etched onto one chip.

Can be much smaller. 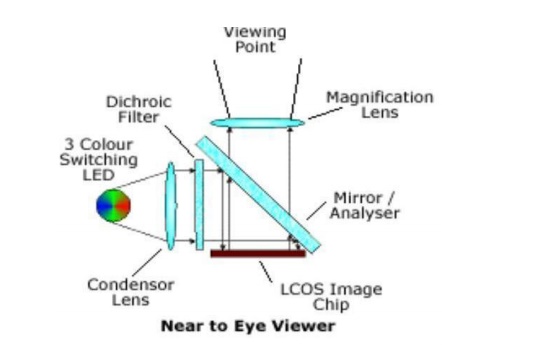 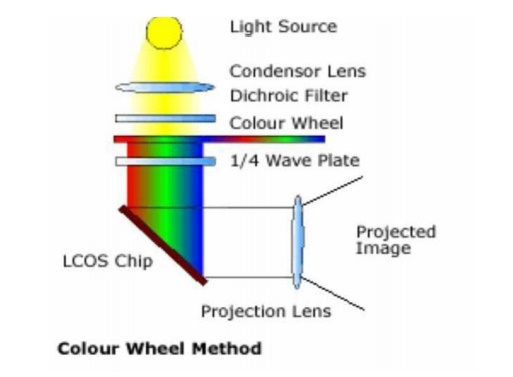 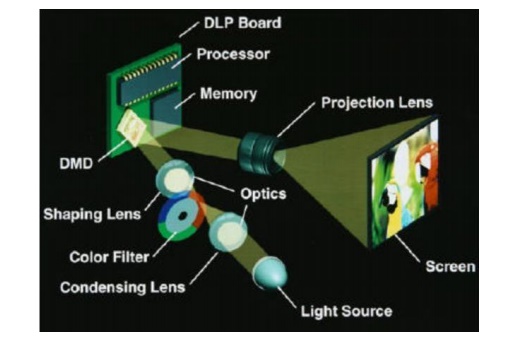 Micromirrors can tilt toward the light source (ON) or away from it (OFF) - creating a light or dark projected pixel.

The bit-streamed image code entering the chip directs each mirror to switch on and off up to several thousand times a sec. Frequency of on vs off determines gray level (upto 1024).

A color filter wheel is inserted between the light and the DMD, and by varying the amount of time each individual DMD mirror pixel is on, a full-color, digital picture is projected onto the screen.

Gas Plasma Display = An array of cells (pixels) composed of 3 sub pixels: red, green & blue. An inert (inactive) gas surrounding these cells is then subjected to voltages representing the changing video signal; causing the gas to change into a plasma state, generating ultra-violet light which reacts with phosphors in each sub pixel. The reaction generates colored light. 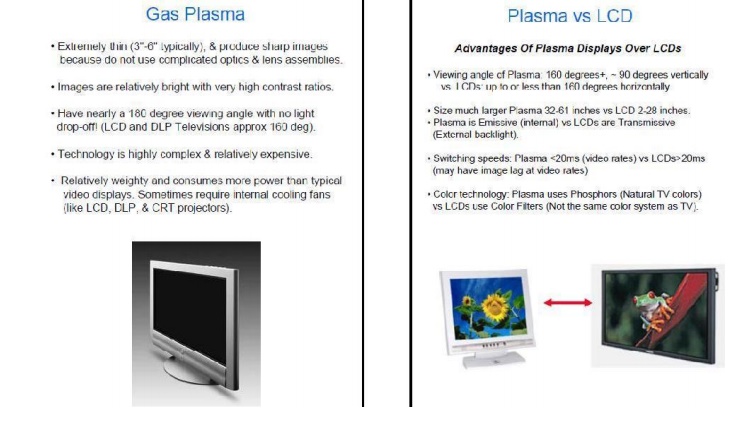