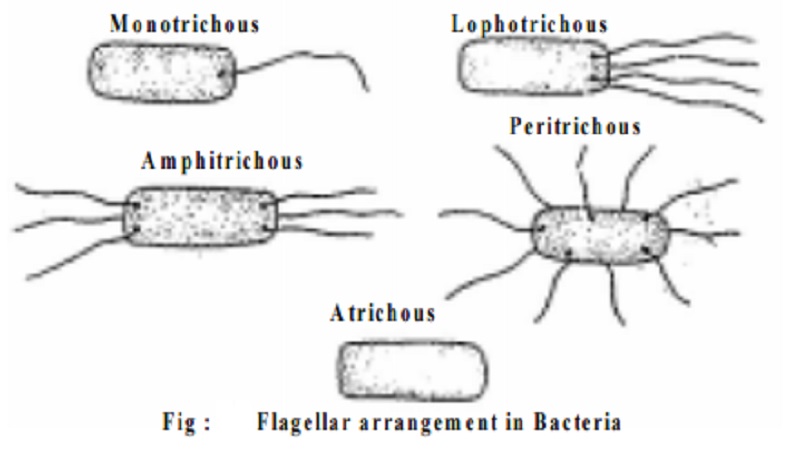 All spirilla, about half of the bacilli and a small number of cocci are flagellated. Flagella vary both in number and arrangement according to two general patterns. 1. In a polar arrangement, the flagella are attached at one or both the ends of the cell.

Three sub types of this pattern are:

monotrichous - with a single flagellum

amphitrichous - with flagella at both poles of the cell

In a peritrichous arrangement flagella are dispersed randomly over the surface of the cell.

Bacteria are omnipresent. They are found in all environments, where organic matter is present. They are found in air, water, soil and also in or on the bodies of plants and animals. Some of the bacteria live as commensals (eg. Escherichia coli in the human intestine) and some live as symbionts (eg. Rhizobium) in the root nodules of leguminous plants. Several of them cause diseases in plants, animals and human beings.

Bacteria are very small, most being approximately 0.5 to 1 micron in diameter and about 3 to 5 microns in length.