Geography had evolved over a long period of time. Some of the earliest geographical studies go back about four thousand years ago through explorations. The early explorers travelled and tried to map the new places. The evidences of such explorations come from the archaeological discovery of a Babylonian clay tablet map that dates back to 600 BCE. During this time, Phoenician, Chinese and Egyptian civilisations were in the beginning to explore places outside their homelands. It was the ancient Greek scholars who laid the foundations and gave a solid form to geographic studies and on these foundations, the pillars of modern geography were erected by others in the subsequent ages. The Romans, the Arabs, the Indians, the Chinese, the Germans, the French, the British and the American geographers have contributed to the development and enrichment of the subject.

The Greek philosophers and scientist focused on the spatial nature of human and physical features of the Earth. The first Greek geographer was Herodotus (484 - 425 BCE) who wrote a number of volumes on the human and physical geography of the Persian Empire. The other early Greek contributors to geography are, Thales, Aristotle and Eratosthenes (276 - 194 BCE).

The earlier geographers were descriptive geographers concerned with answering questions like ‘what is where’ on the earth and the question like ‘why it is there’ came later. Geographers study the location of the activities, carefully identify patterns using maps and find out the reasons for these patterns. The areas are then described based on the distribution of land forms, population, housing and agriculture. They discover the linkages and movements between places and are able to infer the spatial processes that are working in these areas.

The period between 1400 and 1800 was when the subject matter and the methodology of geography were not fully developed. The discipline was in an embryonic stage. This period was characterised by exploration, discovery and conquest through the voyages of Vasco da Gama and Christopher Columbus. Numerous journeys of geographical exploration were commissioned by a number of Nations in Europe (Figure. 1.1, 1.2, 1.3 and 1.4). Most of these voyages were financed because of the potential commercial returns from resource exploitation. The voyages also provided an opportunity for scientific investigation and discovery. Making of maps (cartography) was important in the discipline of geography due to the emphasis on location of phenomena on the earth surface, e.g. location of trade routes, relief features and settlements. 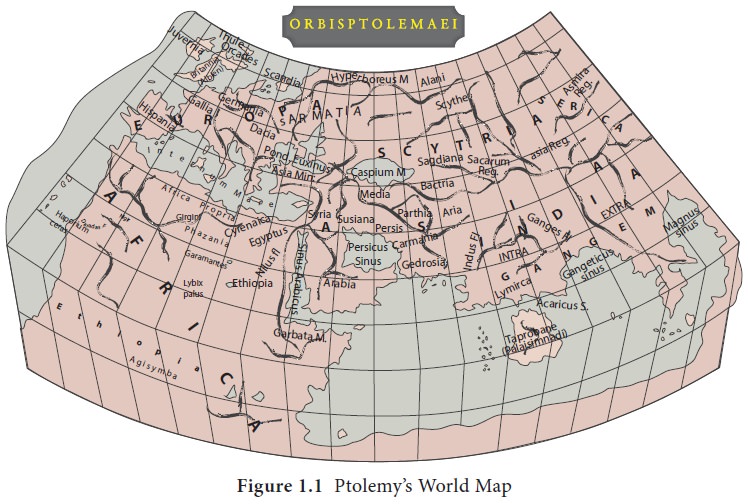 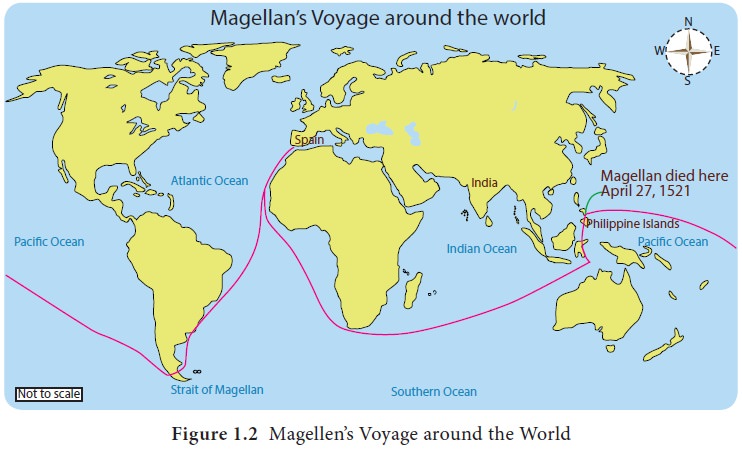 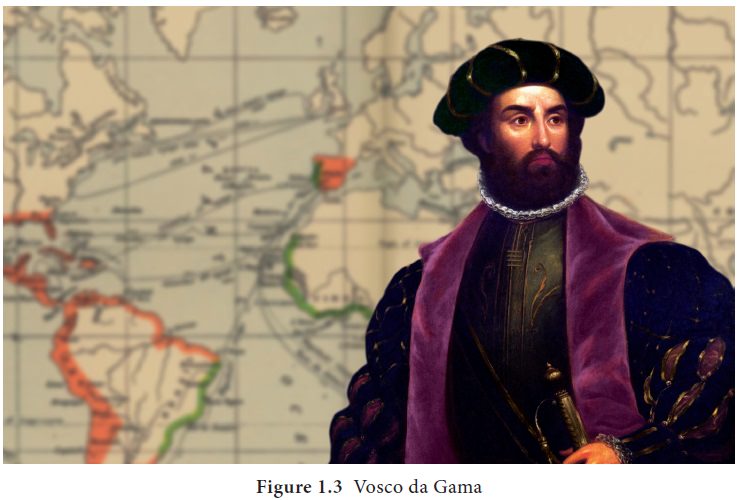 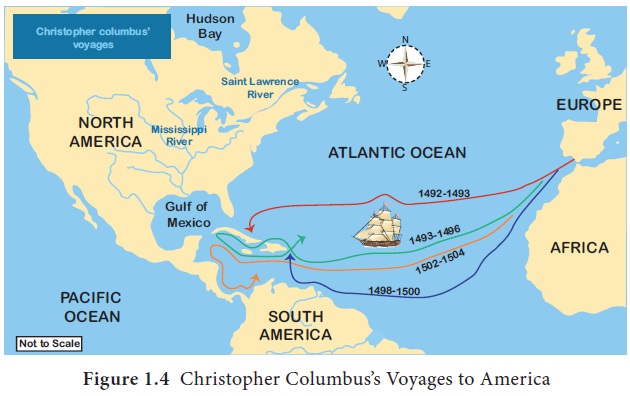 The period between 1800 and 1950 was characterised by the work of various individual philosophers who helped to expand the scope of geography. The discipline of geography became more distinct as a subject matter. Geographic knowledge saw strong growth in Europe and the United States in the 1800s. This period also saw the emergence of a number of societies interested in geographic issues. In Germany, Alexander Von Humboldt, Carl Ritter and Friedrich Ratzel made substantial contributions to human and physical geography. Humboldt’s publication ‘Kosmos’ in 1844, examines the geology and physical geography of the earth. This work is still considered by many academics as a milestone contribution to geography.

There are two schools of thought that emerged during this period as an attempt to explain the relationship between human beings and their environment. These were environmental determinism and possibilism. Proponents of environmental deterministic school of thought such as Mackinder, Ellen Semple and Huntington believed that human actions and activities were moulded by the physical (natural) conditions. In several developing countries, human beings are susceptible to natural disasters such as drought, famine, floods and earthquakes. Human beings under such natural conditions usually surrender to nature. A good example of environmental determinism is the influence of the natural environment on human activities such as nomadic pastoralism. Nomadic pastoralism is so much dependent on the natural environment. Pastoralists do very little to modify their environment. 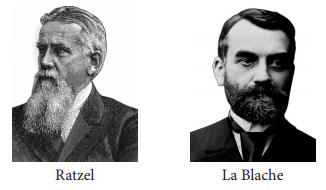 The proponents of possibilistic school of thought, such as Vidal de la Blache saw the environment as a limiting factor rather than as a deterministic force. According to the possibilism school of thought, human beings have several alternatives in their environment and their actions are influenced by the decisions they make in the environment. For instance, humans can survive in hot or extremely cold conditions due to their ability to modify the environment to suit them. A good example is that in many arid countries such as Israel, humans have overcome the constraints set by the natural environment such as low rainfall, high temperatures and poor soils.

Until 1950s, geography was more of an art subject where facts were established by casual observation in the field rather than by careful measurement and hypothesis testing. In the 1950s there was a new development in the discipline and several laws were established to explain geographical phenomena. Using the laws, it is possible to predict what will happen in the future. If we can predict successfully, we can plan and limit the extreme possibilities.

One of the important developments in this period was the use of quantitative techniques in physical and human geography. These techniques refer to various statistical tools that are used to synthesise the data from maps, field, laboratories and questionnaires. Quantification came about as a result of the expanding scope of the discipline as well the need to understand the processes that were becoming more diversified and complicated.

This quantitative revolution was referred to as a revolution because it marked a new beginning in the way the subject matter of geography was to be studied. The quantitative revolution involves the use of statistics, mathematical equations and the use of deterministic models. Many geographers believed that numbers are more precise, and therefore perceived as more scientific compared to words. The map, both as graphic language and visual representation, continues to be used as a geographical tool and at present with the valuable assistance of remote sensing and Geographical Information Systems, map making has become digital and easier especially due to advances in computer and software technologies.