When a substance is heated, the following things can happen.

When a substance is heated, the following things can happen.

When heat is added to a substance, the molecules gain energy and vibrate and force other molecules apart. As a result expansion takes place. You would have seen some space being left in railway tracks. It is because, during summer time, more heat causes expansion in tracks. Expansion is greater for liquids than for solids and maximum in case of gases. 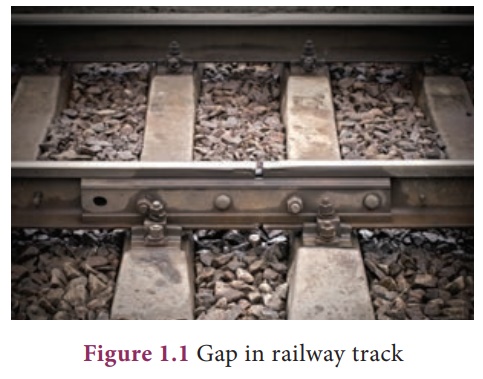 When heat energy is added to a substance, the kinetic energy of its particles increases and so the particles move at higher speed. This causes rise in temperature. When a substance is cooled, that is, when heat is removed, the molecules lose heat and its temperature falls.

When you heat ice cubes, they become water and water on further heating changes into vapour. So, solid becomes liquid and liquid becomes gas, when heat is added. The reverse takes place when heat is removed.

Since heat is a form of energy it plays a major role in chemical changes. In some cases, chemical reactions need heat to begin and also heat determines the speed at which reactions occur. When we cook food, we light the wood and it catches fire and the food particles become soft because of the heat energy. These are all the chemical changes taking place due to heat.