Governor General Cornwallis, himself a big landlord in England, wanted to create landlords in India on the English model. There were already revenue farmers under the Mughals.

Governor General Cornwallis, himself a big landlord in England, wanted to create landlords in India on the English model. There were already revenue farmers under the Mughals. Cornwallis came to a settlement with them, treating them as landlords. The outcome was that for the first time in India there was a class of zamindars or landlords with a right to own, bequeath and inherit land. The cultivators, on the other hand, were reduced to the position of mere tenants. The British dealt with the landlords or zamindars directly, and gave them total freedom to do what they liked with their tenants. This settlement made with the zamindars of Bengal, Bihar and Orissa is called the Permanent Settlement (1793). 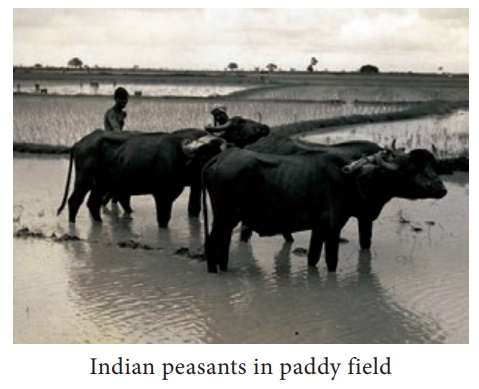 The Ryotwari System was a different revenue system introduced in south India. Under the system, the peasant was the proprietor and paid tax on the land. The government dealt with him directly, without the intervention of a middleman or a tax-farmer. He was entitled to remain in possession of land acquired by him so long as he paid the land revenue. In case of default, apart from eviction and attachment of livestock, even household property or personal belongings could be attached. The Ryotwari System introduced the concept of private property in land. The individual holders were registered and permitted to sell, lease out, mortgage or transfer their right over the land.

Land Revenue and the Pauperisation of Peasantry

The land tax which was the main source of revenue to the British was collected forcibly. Even in times of famines no remission was given to the peasants. They had to even mortgage or sell their property including their land to pay the landlord’s rent and the land tax. As no credit facilities were provided by the state, they had to depend on moneylenders to borrow money. A system of money lending was followed by professional money-lenders who belonged to various communities such as mahajans, sahukarsand bohras. In the Tamil speaking areas there were Nattukottai Chettiyars.

Money lending had been practiced since time immemorial. But earlier the lenders lent at their own risk. But the British enacted a law allowing them to attach land or property in default of repayment. The peasant was therefore at the mercy of the money-lenders during times of droughts, floods and famines. This resulted in land changing hands from the cultivating class to the non-cultivating class, leading to absentee landlordism. Absentee landlords showed little interest in agriculture.

The colonial state pursued a policy of ‘commercialization of agriculture’. Commercial crops like cotton, jute, groundnuts, oilseeds, sugarcane, tobacco, etc., depending on the market demands fetched better prices than food grains. So in his bid to clear his debt and to pay up the revenue dues to the state, instead of producing for home consumption, the peasant began to raise crops for the market. He had to depend on the price trend in international markets for selling his agricultural goods. Ignorant of market forces the peasants often came to distress, when the demand in the local market, which was now linked to the world market, crashed.

The British neglected irrigation in the first half of nineteenth century. Major irrigation canals were built only after millions of people died in a series of major famines that broke out periodically from the middle of 19th century. Even then the money earmarked for irrigation was meagre, but due to the initiative of some well meaning British officials and engineers like Arthur Cotton, and later Pennycuick guaranteed protected irrigation became possible in certain areas. Even where such efforts were taken, the British collected an extra cess adding to the misery of the peasants who were already groaning under the oppressive land revenue system. 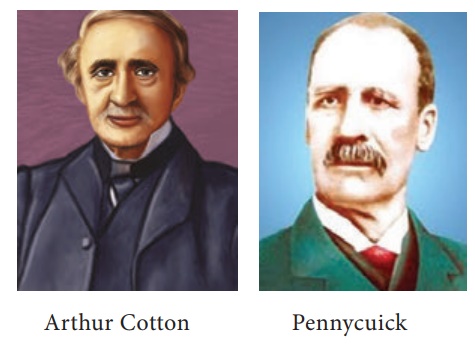 Colonel Pennycuick was an army Engineer and Civil Servant who also served as a member of the Madras Legislative Council. He decided to divert the west-flowing Periyar river draining into the Arabian Sea to the east so that it could irrigate lakhs of acres of dry land dependent on the Vaigai river. Though Pennycuick and other British engineers went ahead with the construction, braving nature’s fury and the dangers of poisonous insects and wild animals, the construction was disrupted by relentless rain. Since he could not get adequate funds from the British government, Pennycuick went to England and sold his family property to mobilise money to fund the project, which was completed in 1895. The Mullai Periyar Dam continues to irrigate agricultural lands in Theni, Dindigul, Madurai, Sivaganga and Ramanathapuram districts.

The policy of free trade and the forcible collection of land revenue resulted in the outbreak of famines. The Odisha famine of 1866–67, was a severe and terrible event in the history of that region in which about a third of the population died. The famine of 1876–78, also known as the Great Famine of 1876–78 (called Thathu Varusha Panjam in Tamil), caused a large migration of agricultural labourers and artisans from southern India to British colonies, where they worked as indentured labourers on plantations. The death toll—about 10.3 million—was huge. 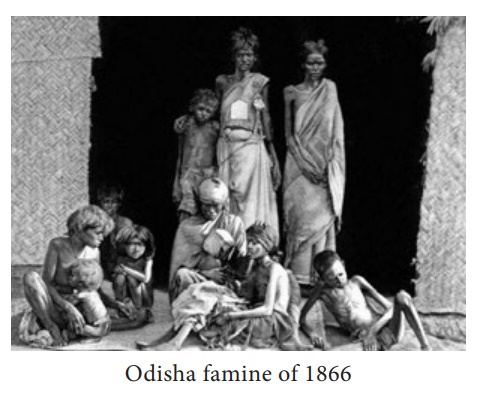 In the Madras Presidency, the famine of 1876-78 was preceded by droughts. The situation was made worse because of the colonial government’s policy of laissez faire in the trade of food-grains. For example, two of the worst famine-afflicted areas in the Madras Presidency, the districts of Ganjam and Vizagapatam, continued to export grains throughout the famine. These famines were typically followed by various infectious diseases such as bubonic plague (spread by dead rats) and influenza, which attacked and killed a population already weakened by starvation. The memory of this famine is still preserved in various folk songs and ballads.

The Indentured Labour System was a form of debt bondage, by which 3.5 million Indians were transported to various British colonies to provide labour for the plantations (mainly sugar). It started from 1843, the year of abolition of slavery in India and continued until 1920. This resulted in the development of a large Indian diaspora, which spread from the Indian Ocean (Reunion and Mauritius) to Pacific Ocean (Fiji), as well as contributing to the growth of Indo-Caribbean and Indo-African population.

Famines in British India: The Bengal famine of 1770, took a heavy toll of about 10 million people or nearly one-third of the population in Bengal. This is how British rule commenced in India. Similarly the British rule ended with a terrible Bengal famine of 1943 that claimed the lives of nearly three millions. Amartya Sen, awarded the Nobel Prize in 1998, who as a young boy saw people dying on the streets of Kolkata wrote a path-breaking study of it. 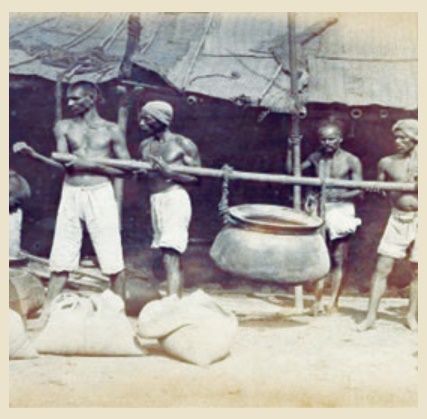 The Indenture system was a penal contract system. The contract made punishable the refusal of an indentured labourer to work or his abstention from work, or his defiance of the orders of his master or absconding, by forfeiture of wages or imprisonment with or without hard labour.

Between 1842 and 1870 a total of 525,482 Indians emigrated to the British and French Colonies. Of these, 351,401 went to Mauritius, 76,691 went to Demerara, 42,519 went to Trinidad, 15,169 went to Jamaica, 6,448 went to Natal, 15,005 went to Reunion and 16,341 went to the other French colonies. This figure does not include the 30,000 who went to Mauritius earlier, labourers who went to Ceylon or Malaya and illegal recruitment to the French colonies. Thus by 1870 the indenture system, transporting Indian labour to the colonies, was an established system of providing virtual slaves for European colonial plantations. 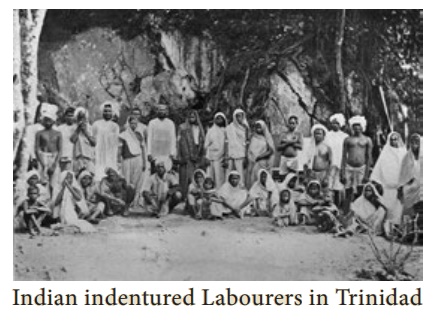