Until the last quarter of nineteenth century, Africa south of the Sahara (Sub- Saharan Africa) was almost unknown to the outside world. The interior of Africa was unexplored.

In South Africa the British possessed Natal, Cape Colony, while the Dutch (locally known as the Boers) held the states of the Transvaal and Orange Free State. In 1886 the discovery of gold in the Transvaal led to a large number of British miners settling in and around Johannesburg. The Boers feared and hated the miners whom they called Uitlanders (foreigners). In 1890, Cecil Rhodes, the Prime Minister of Cape Colony, encouraged British expansion to the north of the Transvaal. This worsened the relations between the Boers and the British. Denied of their political rights the British miners revolted. This led to the Boer War which lasted three years (1899-1902). In the end the Boer army was defeated and Pretoria was occupied. The Boers suffered greatly in the war. Their farms and crops were destroyed and Boer women and children were confined to internment camps. The shortage of food, beds, medical and sanitary facilities caused the death of 26,000 people. The British annexed the two Boer states but promised self government in due course. Boer states were given full responsible government in 1907. After discussions over the years the four states finally decided to form a union and South Africa as a state was born in 1909. 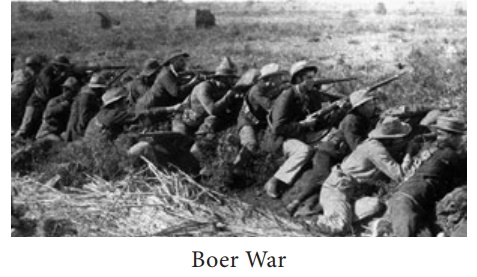 The Zulu tribe was known for its strong fighting spirit, represented by renowned warriors like Shaka Zulu who played a prominent role in building the largest Zulu nation in south-eastern Africa. British troops invaded Zulu territory and divided it into thirteen chiefdoms. The Zulus never regained their independence and had to fight against deeply entrenched racism in South Africa for about a century. 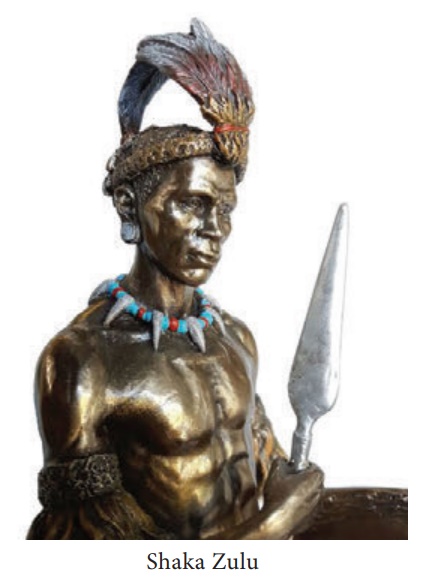 The British South African Company founded in 1889 conducted an expedition with 600 men- each of them were promised a 3,000 acre farm. The African king was tricked into believing that all that the Europeans wanted was gold. But they had come with a definite plan of colonising the Bechuanaland. During the next ten years African opposition was crushed. White immigrants were provided with farm lands and railways, and a telegraph system developed. The colony came to be called Rhodesia, after Cecil Rhodes.

The coastal states of Gold Coast became a British colony in 1854. Nigeria was used for slave trading posts on the coast. In 1886 the Royal Niger Company was formed which was taken over by the British government in 1900.

French West: Senegal had been a French base in West Africa. Her later possessions of Guinea, Ivory Coast and Dahomey were linked up with the whole area of south of Sahara.

Congo: Leopold II, king of Belgium, showed interest in Congo and so the Berlin Conference agreed to the rule of Leopold in Congo Free State. 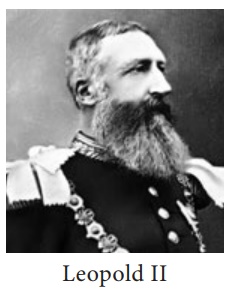 This State was given amonopoly of the trade in ivory  and rubber, the two most valuable products of the Congo. These products were collected with harshness. Africans were subjected to forced labour. Each village was given a quota, and if quotas were not fulfilled, they were flogged and mutilated. The public outcry over the economic exploitation of Africans persuaded the Belgian Government to intervene. Leopold was forced to relinquish his “sovereign right” and in 1908 sovereignty over the Congo passed from Leopold to Belgium.

British: In 1886 the possessions of the Sultan of Zanzibar were divided into British and German spheres of influence. For the first few years, the British area was administered by the British East India Company, but in 1895 the British government assumed authority and formed the East African Protectorate, which included Kenya, Uganda and Zanzibar. A large part of Uganda was made up of Buganda, a kingdom ruled by Kabaka. Dubbing the ruler as weak and inefficient, the British established their indirect rule as in the princely states of British India.

Germans: The Germans established their rule in what became German East Africa. Like King Leopold in the Congo, the Africans here were economically exploited, leading to a number of rebellions. The most serious was the Maji-Maji rebellion (1905-1907).

The Portuguese had used these two colonies on the west and east coasts of southern Africa, along with Portuguese Guinea since 16th century. Before the mid-nineteenth century, there was no expansion of the settlement. After 1870, the Portuguese arrived in great numbers and settled there. They organised the administration and kept the Africans in conditions of slavery.

African Rule in Liberia and Ethiopia

Only two countries managed to evade European colonialism – Liberia and Ethiopia. Liberia was formed in the early 19th century as a home for African Blacks repatriated from America. Ethiopia, with its traditional polity, was ruled by the Emperor Menelik. Under him, Ethiopia defeated Italy at the battle of Adowa in 1896. After this, their independence could not be curtailed by any European power. Menelik modernized his country by the introduction of railways and electricity. 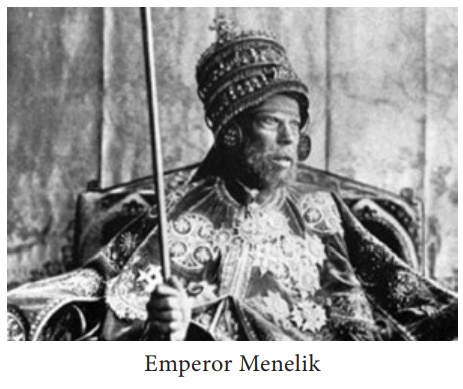