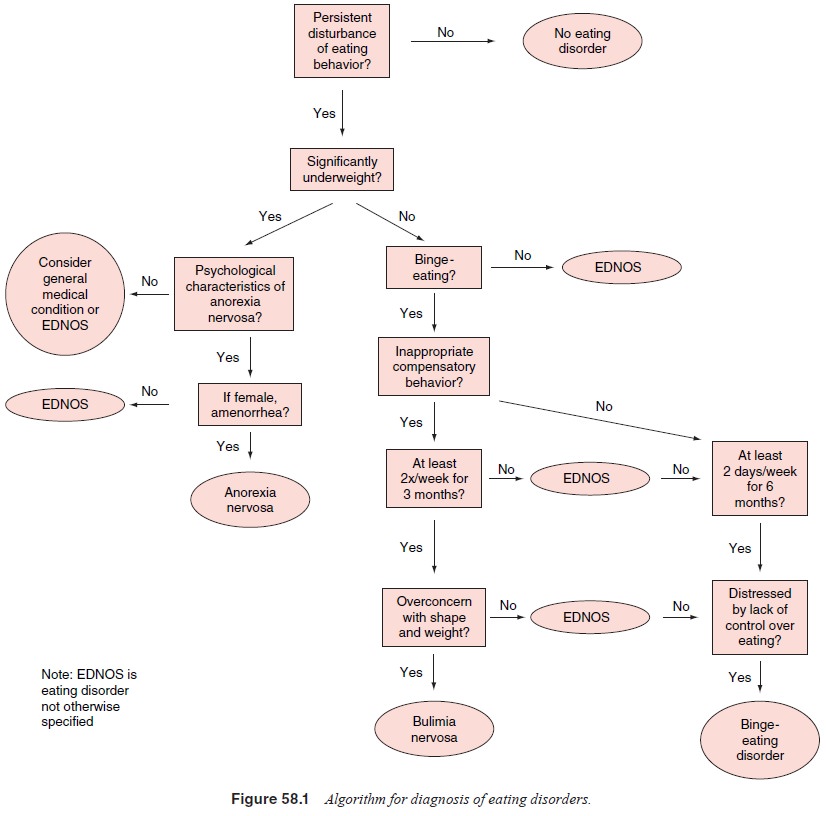 An additional example of a clinically important atypical eating disorder is the occurrence of frequent binge-eating that is not followed by the self-induced vomiting or other inappropri-ate attempts to compensate that are characteristic of bulimia ner-vosa. This disturbance, for which the name binge-eating disorder has been proposed (DSM-IV appendix B) is a common behavio-ral pattern among obese individuals who present for treatment at weight loss clinics.

At present, obesity is not considered an eating disorder. Obesity refers to an excess of body fat and is viewed as a general medical, not a psychiatric, condition. At this stage of our knowl-edge, obesity is conceived as an etiologically heterogeneous condi-tion. Obese individuals are at increased risk for a number of serious medical problems and are subject to significant social stigmatiza-tion and its psychological sequelae. However, the widely held as-sumption that obesity is the result of a psychiatric disorder in which eating is used as a coping mechanism for depression or anxiety has not been substantiated by empirical research. Studies of obese and normal-weight subjects from the general (nonpatient) population have found no more psychiatric disturbance in those who are over-weight than in those who are of normal weight.. Therefore, it seems appropriate at present to describe as having an eating disorder onlythose obese individuals who manifest a clear behavioral abnormal-ity that impairs health or psychosocial functioning.