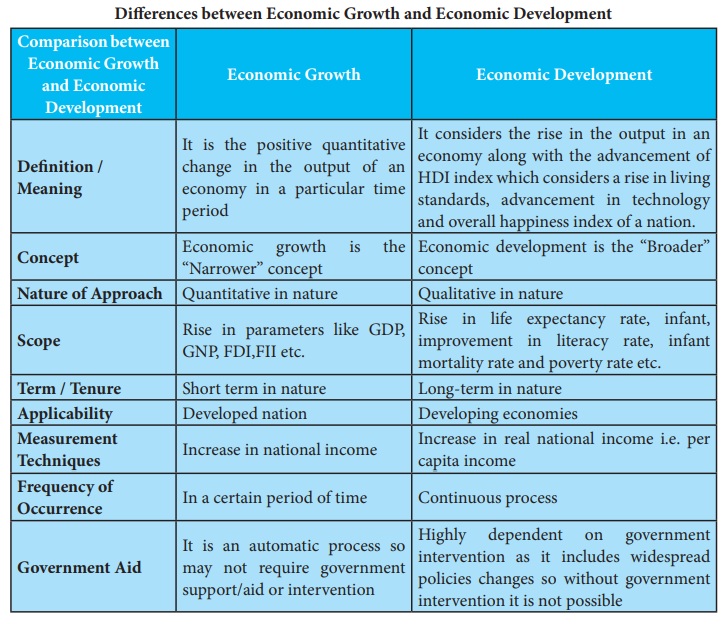 Definition / Meaning : It is the positive quantitative change in the output of an economy in a particular time period

Nature of Approach : Quantitative in nature

Frequency of Occurrence : In a certain period of time

Government Aid : It is an automatic process so may not require government support/aid or intervention

Definition / Meaning : It considers the rise in the output in an economy along with the advancement of HDI index which considers a rise in living standards, advancement in technology and overall happiness index of a nation.

Nature of Approach : Qualitative in nature