Degradation of starch proceeds in two basically different reactions (Fig. 9.9). Amylases catalyze a hydrolytic cleavage of ( α1→4) glycosidic bonds. Different amylases attack the starch molecule at different sites (Fig. 9.10). Exoamylases start to hydrolyze starch from the end of the mole-cules. β-Amylase is an important exoamylase that splits off the disaccharide maltose which consists of two glucose residues (Fig. 9.11). The enzyme is named after its product β-maltose, in which the OH-group in the 1-position is present in the β-configuration. Amylases that hydrolyze starch in the interior of the glucan chain (endoamylases) produce cleavage products in which the OH-group in the 1-position is in α-configuration and are there-fore named α-amylases. ( α1→6) Glycosidic bonds at the branch points are hydrolyzed by debranching enzymes. 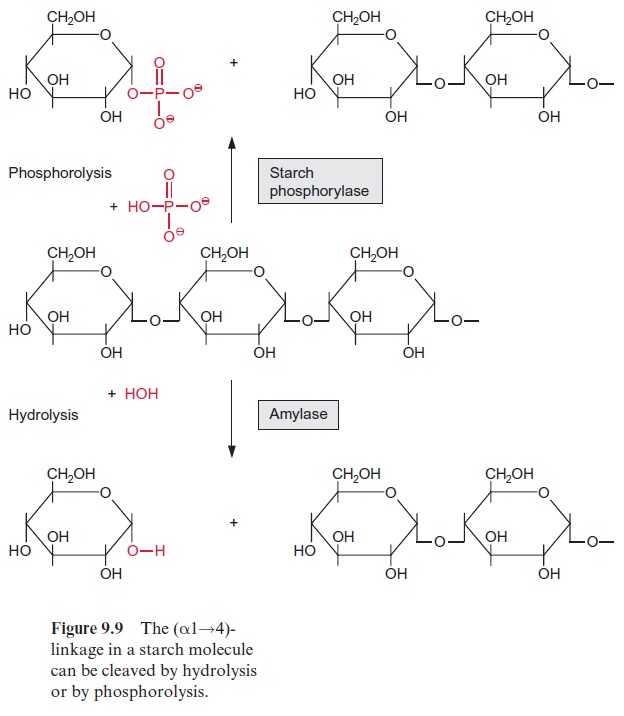 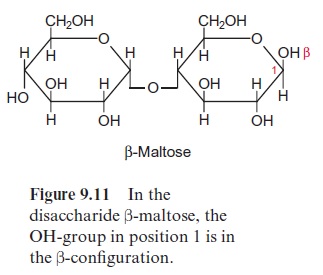 Phosphorylases (Fig. 9.9) cleave ( α1→4) bonds phosphorolytically to form glucose 1-phosphate. The energy of the glycosidic bond is preserved in a phosphate ester bond. In this case ultimately only one molecule of ATP is consumed for the storage of a glucose residue as starch; whereas two molecules of ATP are needed when the starch is mobilized by amylases (see also Fig. 9.7). It has been shown, however, that the degradation of starch is primarily facilitated by amylases. 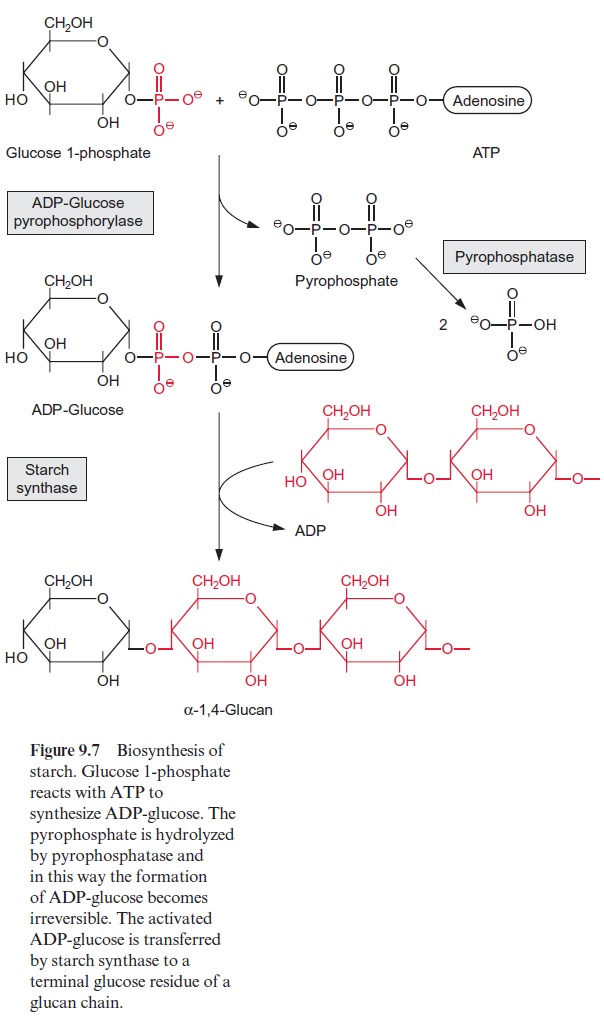 In plant tissue an α-glucan-water dikinase was discovered, through which glucose residues in starch molecules are phosphorylated at the 6-C position by ATP. The phosphorylation is a typical dikinase reaction (see also Fig. 8.12) in which three substrates, an α-polyglucan, ATP, and H2O, are converted into the three products, α-polyglucan-P, AMP, and phosphate. 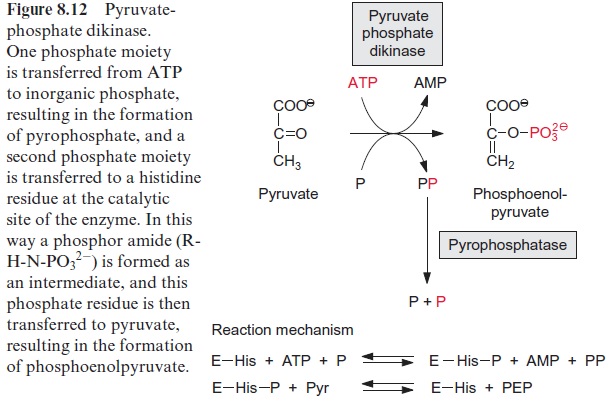