Definitions and Types of Autoimmunity

DEFINITIONS AND TYPES OF AUTOIMMUNITY

The classic studies of Paul Ehrlich in the early twentieth century laid the founda-tion for our current notions of the concept of autoimmunity. Ehrlich used the term autoimmunity to signify an immune re-sponse against self and introduced the phrase horror autotoxicus, suggesting that there are mechanisms to protect against autoimmunity. Over the years, autoim-munity has been recognized as not uncom-mon and not necessarily detrimental. Thus, an important distinction must be drawn between autoimmunity, which may be asymptomatic, and autoimmune disease, which occurs when autoimmunity leads to an inflammatory response, resulting in tis-sue injury. An autoimmune response does not necessarily imply the existence of auto-immune disease.

Autoimmune disease may be mediated primarily by T cells, as in multiple sclero-sis or the animal model experimental auto-immune encephalomyelitis (EAE). In that case, disease can be transmitted from one animal to another by transferring antigenspecific T lymphocytes. Alternatively, autoimmune disease may be caused by B cells that produce autoantibodies, as in the case of systemic lupus erythematosus (SLE).

Autoantibodies bind to self-anti-gens (proteins, nucleic acids, or other mol-ecules from one’s own body, also known as autoantigens) and can damage cells either by binding directly to a cell surface or extracellular matrix antigen or through the formation of immune complexes (see the section “Mechanisms of Auto-immune Tissue Injury and Examples”). Autoantibody-mediated autoimmune diseases sometimes can be transmitted transplacentally, as in the case of neona-tal Graves’ disease or congenital com-plete heart block and neonatal lupus. IgG antibodies/autoantibodies can cross the placenta, whereas IgM cannot. Thus, neo-natal autoimmune diseases are invariably caused by IgG, not IgM, autoantibodies. In view of the half-life of IgG (twenty-one to twenty-eight days), nearly all maternal IgG disappears from the circula-tion of the baby by six to twelve months postpartum. Thus, in most cases, neona-tal autoimmune disease is transient. One exception is congenital complete heart block, which is thought to be mediated by the transplacental passage of anti-Ro or anti-La autoantibodies that cross-react with cardiac antigens, causing permanent inflammation-mediated damage to the cardiac conduction system. 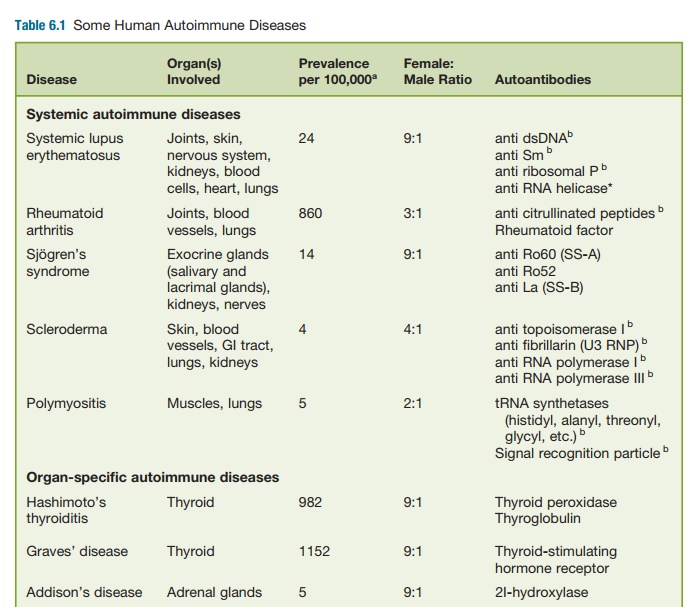 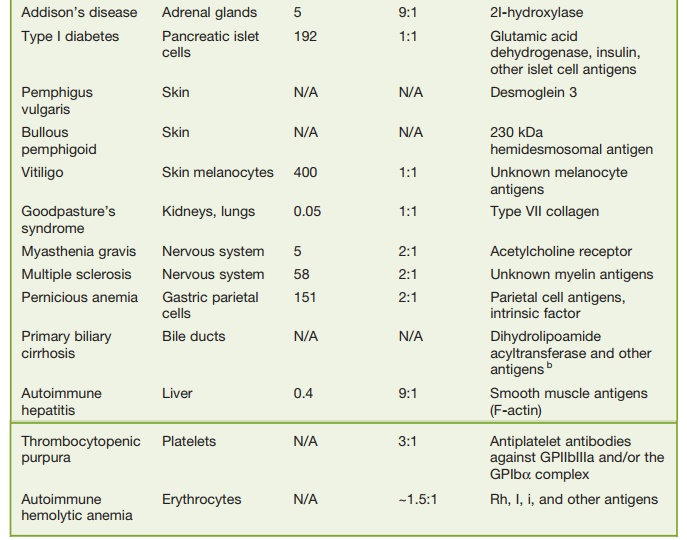