Computer handles data in the form of ‘0’(Zero) and ‘1’ (One). Any kind of data like number, alphabet, special character should be converted to ‘0’ or ‘1’ which can be understood by the Computer. ‘0’ and ‘1’ that the Computer can understand is called Machine language. ‘0’ or ‘1’ are called ‘Binary Digits’(BIT). Therefore, the study of data representation in the computer is important.

·        A collection of 8 bits is called Byte. A byte is considered as the basic unit of measuring the memory size in the computer. 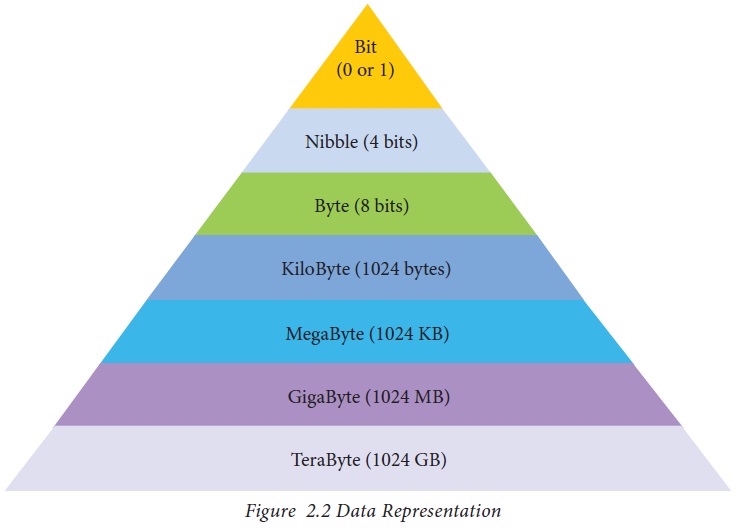 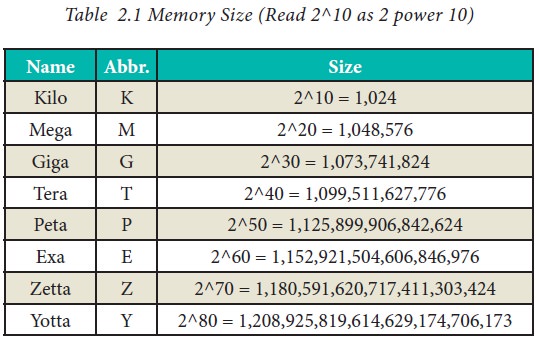 The speed of a computer depends on the number of bits it can process at once.