As mineral salts dissolve in water, they break into separate, electrically charged particles called ions. Ions, if positively charged, are called cations. When negatively charged, they are anions. The cations and anions must be balanced within the body fluids to maintain electroneutrality. For example, if body fluid contains 200 positive (+ ) charges, it must also contain 200 negative (-) charges. These ions are known as electrolytes.

Electrolytes are essential in maintaining the body’s fluid balance, and they contribute to its electrical balance, assist in its transmission of nerve impulses and contraction of muscles, and help regulate its acid-base balance.

Scientists lack exact information on some of the trace elements, although they do know that trace elements are essential to good health. The study of these elements continues to reveal their specific relationships to human nutri-tion. A balanced diet is the only safe way of including minerals in the amounts necessary to maintain health. 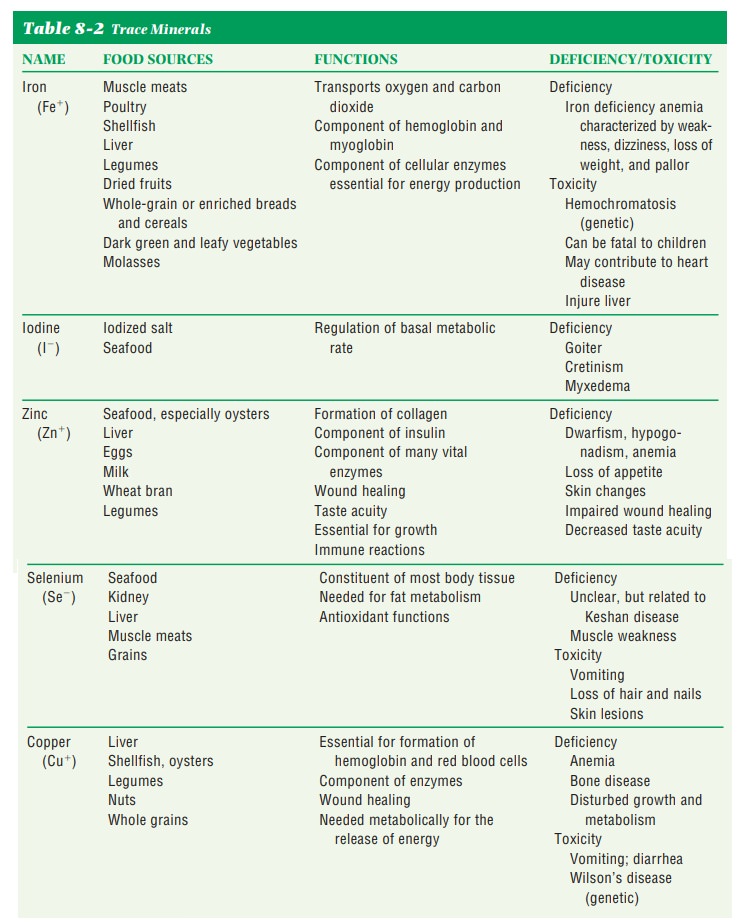 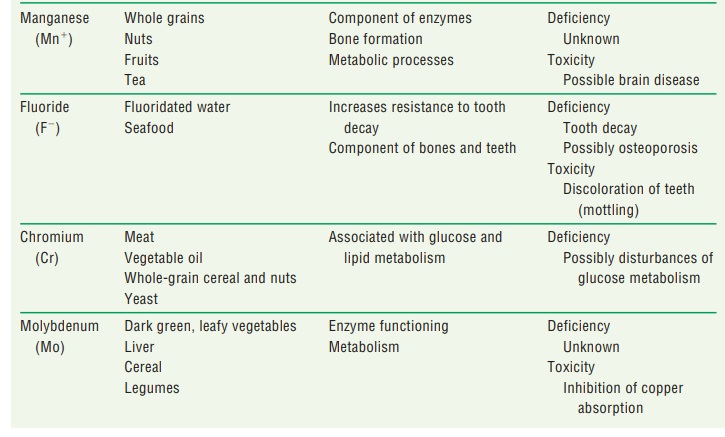 The Food and Nutrition Board of the National Academy of Sciences– National Research Council (hereafter NRC) has recommended dietary allowances for minerals where research indicates knowledge is adequate to do so.

For those minerals where there remains some uncertainty as to amounts of specific human requirements, the NRC has provided a table of Adequate Intakes of selected minerals (Table 8-3). The NRC recommends that the upper levels of listed amounts not be habitually exceeded. (Tables 8-1 and 8-2 list the best sources, functions, and deficiency symptoms of minerals.)