The term cholinergic refers to the effects of the neu-rotransmitter acetylcholine, as opposed to the adren-ergic effects of noradrenaline (norepinephrine).

The term cholinergic refers to the effects of the neu-rotransmitter acetylcholine, as opposed to the adren-ergic effects of noradrenaline (norepinephrine). Acetylcholine is synthesized in the nerve terminal by the enzyme cholineacetyltransferase, which cata-lyzes the reaction between acetylcoenzyme A and choline (Figure 12–1). After its release, acetylcho-line is rapidly hydrolyzed by acetylcholinesterase (true cholinesterase) into acetate and choline. Acetylcholine is the neurotransmitter for the entire parasympathetic nervous system (parasympathetic ganglions and effector cells), parts of the sympathetic nervous system (sympathetic gan-glions, adrenal medulla, and sweat glands), some neurons in the central nervous system, and somatic nerves innervating skeletal muscle (Figure 12–2). 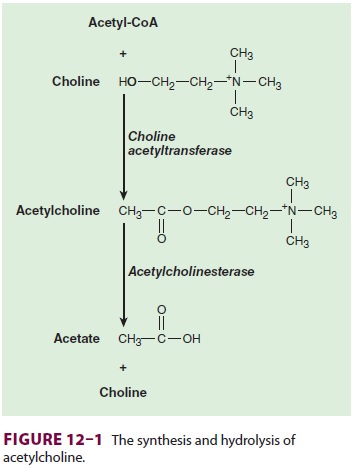 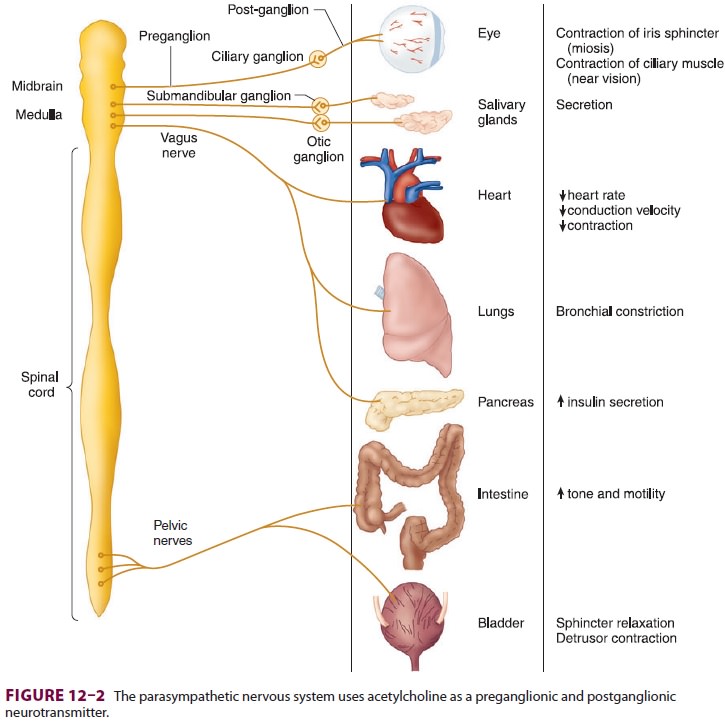 Cholinergic receptors have been subdivided into two major groups based on their reaction to the alkaloids muscarine and nicotine (Figure 12–3). Nicotine stimulates the autonomic ganglia and skel-etal muscle receptors (nicotinic receptors), whereas muscarine activates end-organ effector cells in 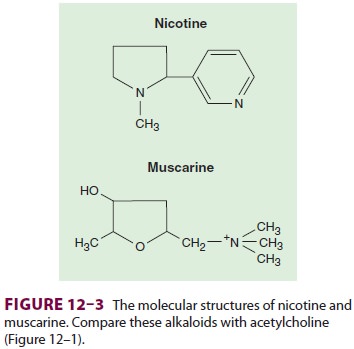 When reversing neuromuscular blockade, the primary goal is to maximize nicotinic transmission with a minimum of muscarinic side effects. 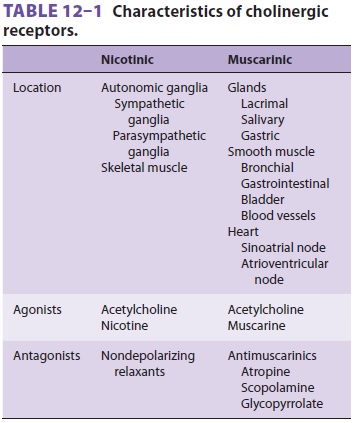