list the major veins that carry blood from each of the body areas, and describe their functions. 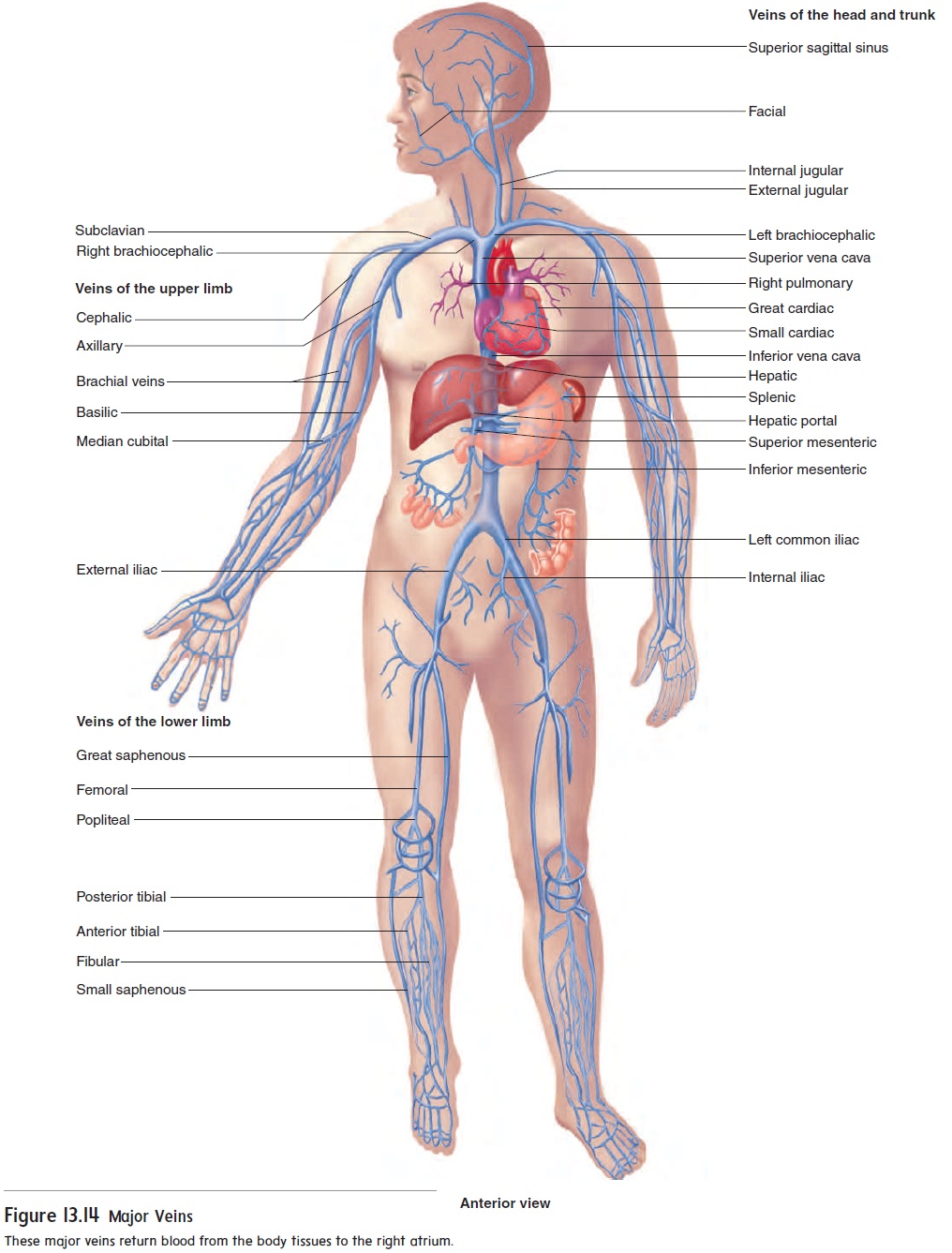 Veins of the head and neck 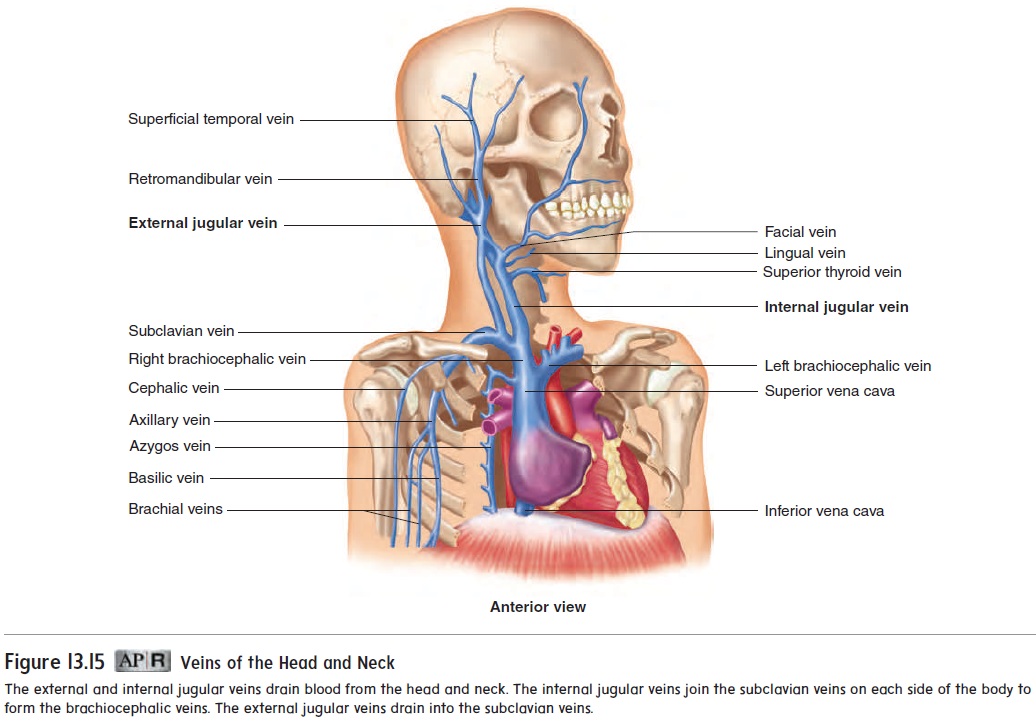 Veins of the upper limbs

The veins of the upper limbs (figure 13.16) can be divided into deep and superficial groups. The deep veins, which drain the deep structures of the upper limbs, follow the same course as the arteries and are named for their respective arteries. The only noteworthy deep veins are the brachial veins, which accompany the brachial artery and empty into the axillary vein. The superficial veins drain the superficial structures of the upper limbs and then empty into the deep veins. The cephalic (sĕ′ fal′ ik; toward the head) vein, which empties into the axillary vein, and the basilic (ba-sil′ ik) vein, which becomes the axillary vein, are the major superficialveins. Many of their tributaries in the forearm and hand can be seen through the skin. The median cubital (kū′ bi-tal) vein usually connects the cephalic vein or its tributaries with the basilic vein. Although this vein varies in size among people, it is usually quite prominent on the anterior surface of the upper limb at the level of the elbow, an area called the cubital fossa,and is often used as a site for drawing blood. 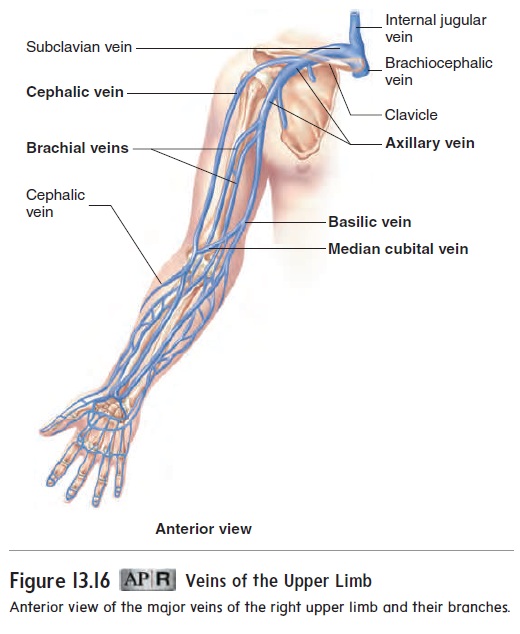 Veins of the thorax 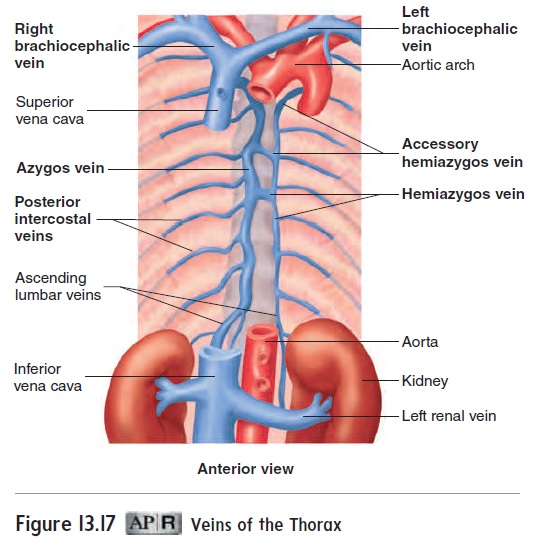 Veins of the Abdomen and Pelvis 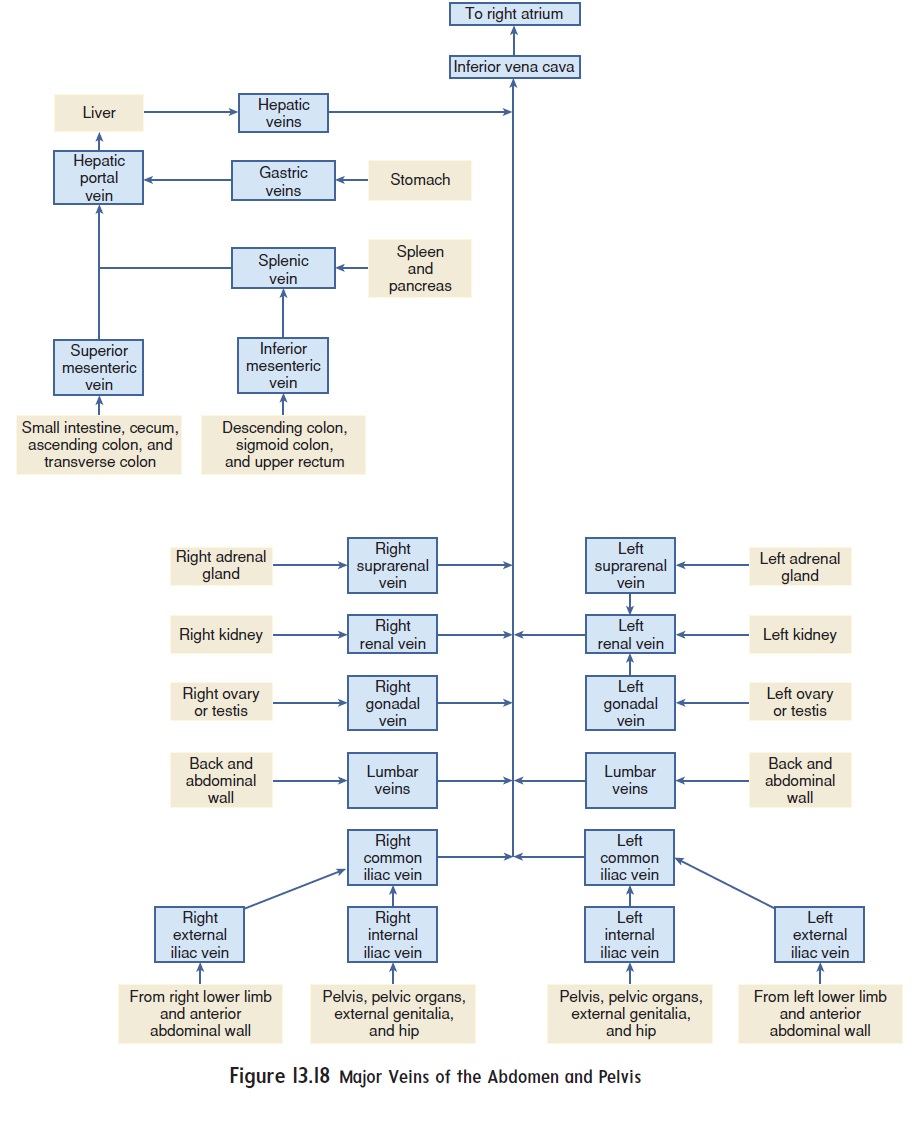 Blood from the capillaries within most of the abdominal viscera, such as the stomach, intestines, pancreas, and spleen, drains through a specialized system of blood vessels to the liver. The liver is a major processing center for substances absorbed by the intestinal tract. A portal (pōr′ tăl) system is a vascular system that begins and ends with capillary beds and has no pumping mechanism, such as the heart, in between. The hepatic (he-pa′ tik) portal system (figure 13.19) begins with capillariesin the viscera and ends with capillaries in the liver. The major tributaries of the hepatic portal system are the splenic(splen′ ik) vein and the superior mesenteric vein. The inferior mesenteric vein empties into the splenic vein. The splenic vein carries bloodfrom the spleen and pancreas. The superior and inferior mesen-teric veins carry blood from the intestines. The splenic vein and the superior mesenteric vein join to form the hepatic portalvein, which enters the liver. 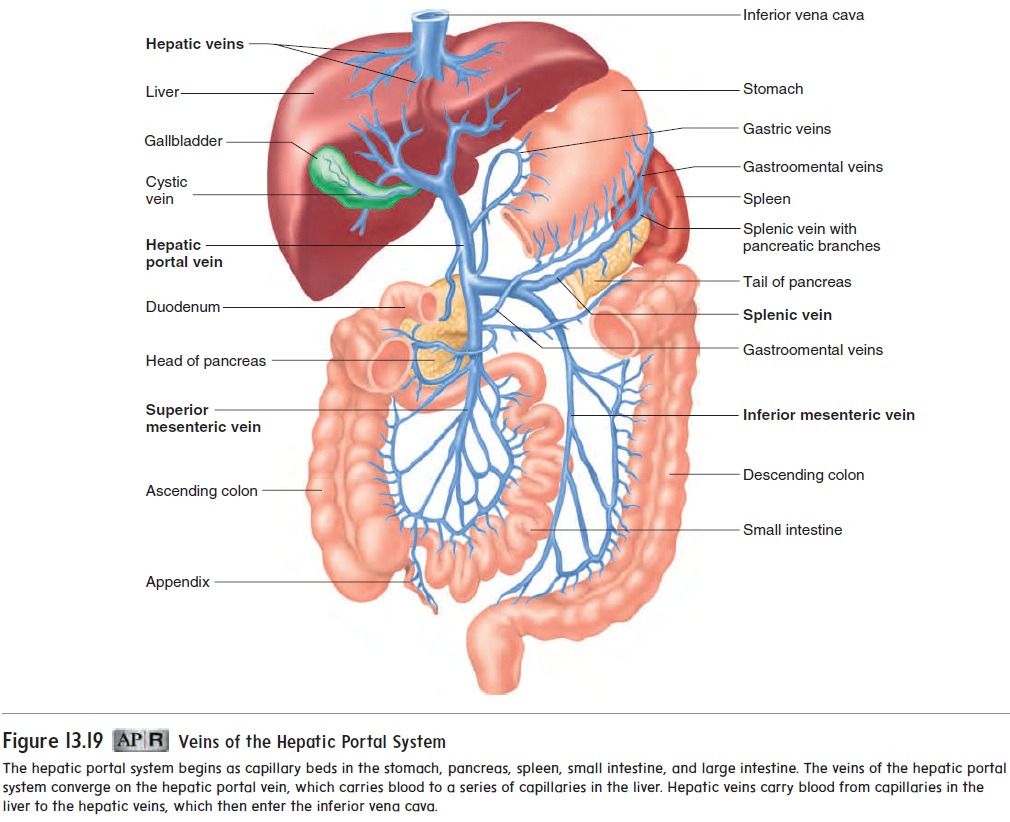 Veins of the lower limbs

The veins of the lower limbs (figure 13.20), like those of the upper limbs, consist of deep and superficial groups. The deep veins fol-low the same path as the arteries and are named for the arteries they accompany. The superficial veins consist of the great and small saphenous (să-fē′ nŭs, sa′ fĕ-nŭs) veins. The great saphe-nous vein originates over the dorsal and medial side of the footand ascends along the medial side of the leg and thigh to empty into the femoral vein. The small saphenous vein begins over the lateral side of the foot and joins the popliteal vein, which becomes the femoral vein. The femoral vein empties into the external iliac vein. 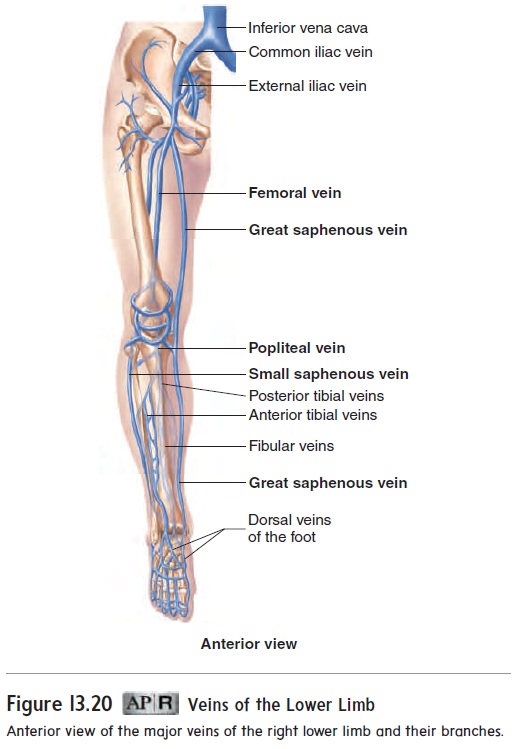