There are several ways of doing this, but here we describe the two most commonly employed techniques.

In order to determine the most appropriate antimicrobial agent to use against an infection, it is necessary to determine the susceptibility of the pathogen. There are several ways of doing this, but here we describe the two most commonly employed techniques. 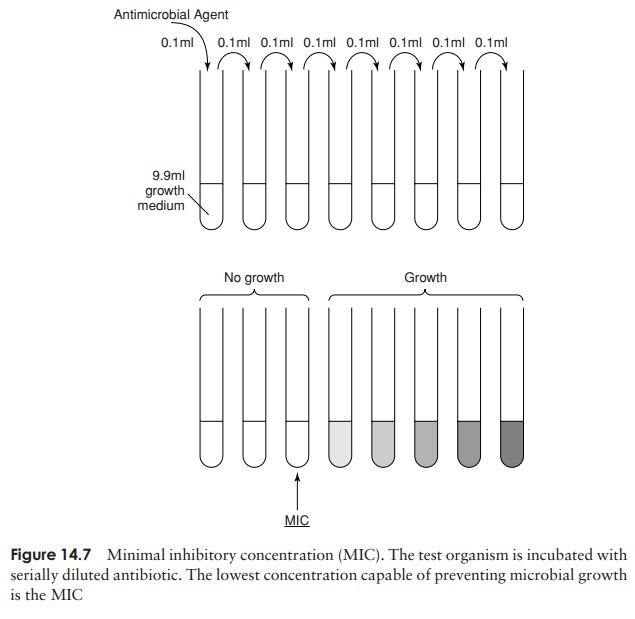 In the disc diffusion method, paper discs impregnated with the antibiotic are placed on the surface of an agar plate previously inoculated with the test organism (Figure 14.8). The antibiotic diffuses radially outwards, becoming less concentrated as it does so. A clear zone of inhibition appears where growth has been inhibited. The larger this is, the more susceptible the organism. Conditions may be standardised so that susceptibility (or otherwise) to the antibiotic can be determined by comparing the diameter of the zone of clearing with standard tables of values. From this, a suitable concentration for therapeutic use can be determined.