The input to the encryption and decryption algorithms is a single 128-bit block. In FIPS PUB 197, this block is depicted as a 4 * 4 square matrix of bytes.

The input to the encryption and decryption algorithms is a single 128-bit block. In FIPS PUB 197, this block is depicted as a 4 * 4 square matrix of bytes. This block is copied into the State array, which is modified at each stage of encryption or decryp- tion. After the final stage, State is copied to an output matrix. These operations are depicted in Figure 5.2a. Similarly, the key is depicted as a square matrix of bytes. This key is then expanded into an array of key schedule words. Figure 5.2b shows the expansion for the 128-bit key. Each word is four bytes, and the total key schedule is 44 words for the 128-bit key. Note that the ordering of bytes within a matrix is by col- umn. So, for example, the first four bytes of a 128-bit plaintext input to the encryption cipher occupy the first column of the in matrix, the second four bytes occupy the second column, and so on. Similarly, the first four bytes of the expanded key, which form a word, occupy the first column of the w matrix.

The cipher consists of N rounds, where the number of rounds depends on the key length: 10 rounds for a 16-byte key, 12 rounds for a 24-byte key, and 14 rounds for a 32-byte key (Table 5.1). The first N - 1 rounds consist of four distinct trans- formation functions: SubBytes, ShiftRows, MixColumns, and AddRoundKey, which are described subsequently. The final round contains only three transformations, and there is a initial single transformation (AddRoundKey) before the first round, 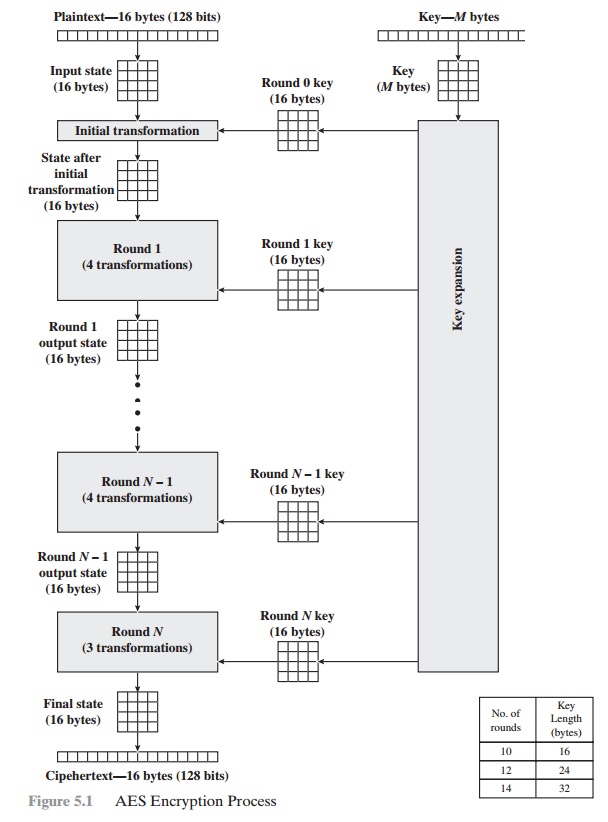 Before delving into details, we can make several comments about the overall AES structure. 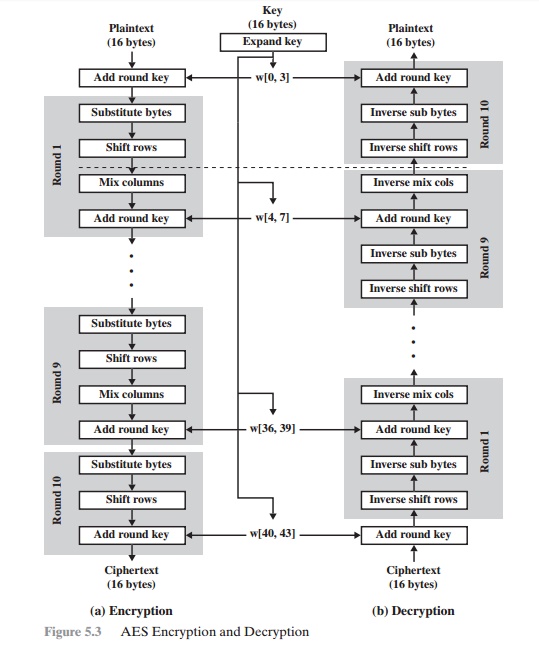 encryption (AddRoundKey) of a block, followed by scrambling of the block (the other three stages), followed by XOR encryption, and so on. This scheme is both efficient and highly secure. 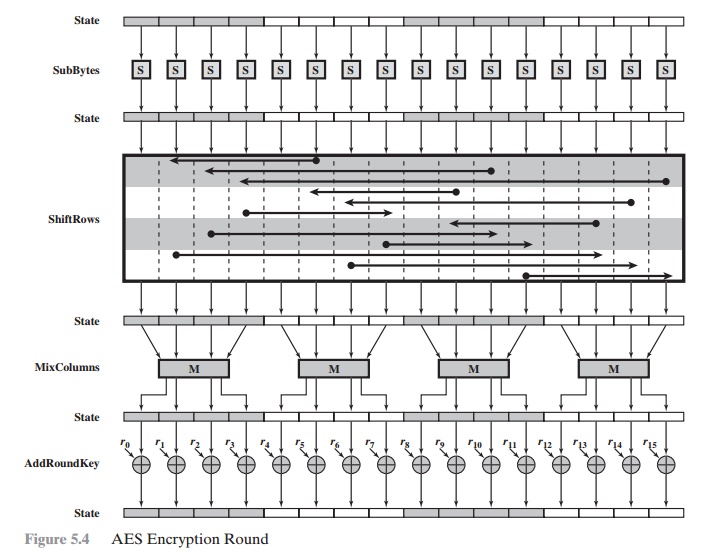 identical to the encryption algorithm. This is a consequence of the particular structure of AES.