Home | | Political Science 11th std | What do you mean by Social Justice?

What do you mean by Social Justice?

The negative values which are made by the society results in inequality and cleavation among people.

What do you mean by Social Justice?

The negative values which are made by the society results in inequality and cleavation among people. Gender inequality may be quite natural, if looked upon superficially. All along the centuries, women were subjugated and exploited without an opportunity which portrays them as weaker section. The negative attitude against blacks of Africa belongs to same category which is mentioned in the previous lines. Blacks were discouraged and kept aside as knowledge less. This situation continued for many centuries and factualised against the black community. Same situation prevails also in India. Many people were refused opportunities on the basis of caste and it is believed as natural one in the society. Every action and reaction is fudged one in our country. Power as a demon spread its tentacles in all the sphere of the society, as stated by so many experts and exponents. Social power is the dominant phenomenon which leads to cut-throat competition and ends in absolute control of the subjects. It is in order to protect the social identity, the dominant communities endeavor to capture the power sector. Among different communities in a plural society, dominance of a single group is considered as unfair and unjust. The dominant groups activate racial, religious, caste, lingual and cultural feelings and intend to misuse the social rights of other groups that may end in permanent hostility between different groups. The struggle that is undertaken by the weaker groups in order to react for establishing equal society is known to be Social Justice.

The ancient Indian civilization had evolved with the “Varnashrama Dharma” which kick-started the principle of hierarchy i.e. Upper and Lower strata. The Varna system is also called as “Four Varna System” by which people were divided as Brahmins, Kshatriyas, Vysyas and Shudras. 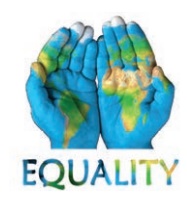 This division on the basis of birth has been inculcated and socialized along different phases of civilization  from which inequalities surfaced  in the society.

1.                 All minorities are having equal right without any discrimination and intervention to exercise their freedom in following hereditary values, to cling with religion, to propagate and to use their language.

3.                 Minorities should have right to upgrade their knowledge related with their history, conventions, language and other hereditary values. They should also be provided with opportunity to learn about entire society to which they belong to.

Article 29 (2) may not act as an obstacle in making special policy decisions for socially and educationally backward communities or SC/ST people.

This will not prevent any sort of appointment or reservation among backward communities, if sufficient representation is not provided. India is a sub-tropical, sub-continent with varied geographical atmosphere. People speak different languages and follow unique hereditary values. Albeit of these factors, inequality is existing due to the Varna System. It is in order to advance and develop the socio-economic conditions of the downtrodden communities; Indian Constitution is having its ideal guidelines with strong structural foundation.

According to Indian Constitution, States which are having low technological development or inadequate natural resources can make their own special policies for holistic advancement. In accordance with the existing constitutional provisions, the downtrodden and underprivileged communities were provided with special laws and privileges in all the states.

Ideas like all inclusive development and self-sufficient societal growth highly hinges upon social justice along with special arrangements for the marginalized sections. Equal opportunity is the process and social arrangement by which social democracy can sustain and pluralism will be strengthened. In such a society different groups of religion, race and other factors can live with their social identity, tolerance and shared power.

Economic condition and status is one among the reason for the wedge created in the European society. Whereas in India, the division is on the basis of purusasvktha of Rigveda and particularly Four Varna System.

This Varna System prevents individuals from their exercise of rights and values. Indian Constitution in this regard is implementing all its supervisory mechanisms and also is delivering distributive justice which is the motto of the largest democracy. This justice intended to weed out the caste distinction (Varna System) and to establish equal society in India.

The democratic values in Indian Constitution protects and delegate power to all the people equally to develop themselves in the socio-economic sectors. Sticking on with this constitutional provisions may lead to social development and further give place for social freedom and justice. Hence, vibrant social justice in India protects National Integration from which distributive justice and democratic values are concretized.