In the diversified society, people from different groups may practice their cultural values, habitual factors and improve individual talents.

In the diversified society, people from different groups may practice their cultural values, habitual factors and improve individual talents. For this to happen, equality in society is an essential criterion. Every individual should be assured of fair opportunity in the society. To a large extent, unequal atmosphere should be wiped out for attaining liberal society.

To put it in a nutshell, actions must be taken at least to reduce the unequal circumstances. For instance, a good healthcare, education, nutritious food stuffs, minimum emoluments are the basic needs to be provided to all without discrimination. Without these basic facilities, we may not call a society as egalitarian one.

What are the main issues of our Nation?

Beliefs and practices on the basis of caste and religion are dastardly obstacles. In many parts of India, the status of women is at lower level - education, employment, right to property are refused to women. If this situation extends and established as our culture, a major catastrophe may not be averted in India. If inequality and discrimination is stamped as our cultural value, the path of equality may be at cross roads and cannot be attained at all.

Economic equality can be identified by individual’s income and the value of property, he possess in a society. Otherwise, the gap between rich people community and poor may indicate the status of economic equality. Further, by calculating number of people under poverty line, we may draw strong inferences and resolutions. This kind of identification is widespread among all the nations. But certain discriminations on the basis of culture and historical cum habitual practices, may create precarious issues in the concerned society. Radical reformers during different phases of history, has made wide awareness about these untoward and unethical happenings to the people.

"Humans respected on the basis of caste which he belongs to, is barbarian and anti-human thinking", exclaimed E.V.Ramaswamy alias Periyar in Tamilnadu. He out- rightly condemned the cultural practices, habitual follow-ups and other so called values which refutes equality in all its aspects. Periyar also was against “Patriarchal Chauvinism” which subjugated women all along the history.

That society is best which got rid of caste, religion, gender and suppressive habitual practices”, lamented Periyar. Modern society cannot be sanctified by the people who cling towards the language and discriminatory cultural practices. Apart from Periyar, various saints, seers and philosophers took strenuous efforts to have egalitarian society. People who enjoyed all kind of privileges on the basis of dynasty, birth and descent so far has to come to end. Determining an individual’s capacity on accordance with the birth is the primary and precarious feature of the unequal society.

All are equal and individual’s capacity, if decided on the basis of merit, is the first step towards equal society. So far, number of modern nations refused to provide voting rights for the poor people. There are nations which restricts women education and public offices in the 21st century.

In India, lower strata people are permitted to work only in the clerical and other benefit- less offices. They were not permitted to occupy higher positions, because of their caste identity. Individuals and organization for the past centuries made onerous efforts to curb out in equal menace from the society.

There some human communities which needs special attention, since they were totally ignored and exploited by the upper strata people.

Truthful equality can be identified only in those rare occasions. Injustices unleashed in the past must be identified to know about what real or fair equality is.

Reservation policy is a good initiative from the part of government in delivering equal justice. People, who were denied of education and employment opportunities so far, were provided with reservation for uplifting the condition and status.

Discriminatory practices which were followed for long time in the historical phases may not be curbed out in a short span. Expecting the change within one or two generations is an utopian faith, stated researchers. If reforms happened in short time, it will be a good sign for the development of the entire nation.

All civilizations were equipped with the awareness of their practices. The accepted practices are “Dharma” and the negative is “Adharma”. Those people who breach these practices will be punished by the king. Mistakes and related punishments are quite natural in all the countries. 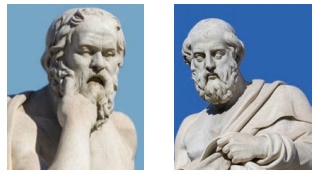 Greek philosopher Plato and his disciples often debate and discuss about justice and its practices. Discourses and teachings of Socrates consists of anti-justice people and their impact in the society. Justice and fairness may do only good things in a society.

If justice do favour for certain individuals, that may not be considered and called as justice. Justice is all about the entire development and advancement of a society. Fair justice is applicable to all the people in a society, claimed Socrates. We may infer from the above said arguments that reservation is the fair justice provided to the people, who were hitherto discriminated and exploited.

The social justice provided by our Indian Constitution to the depressed and downtrodden communities is a helping hand for their development and advancement. But how much and to whom are the major questions?