When we agreed to the idea that different people in a society must be treated differently, the subsequent question would be who and how we can ensure the Justice. 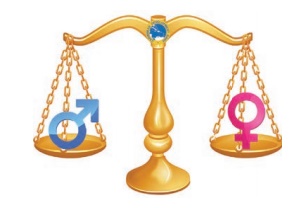 A country like ours where socio-cultural inequalities are well entrenched, a law for fair distribution will not automatically ensure just distribution of resources. Governments will have to ensure a level playing field in order to establish Justice. In other words, before the law brings us together, people should enjoy some basic equality of life conditions and opportunities. This attempt to create a level playing field must be seen as a necessary condition for each person to pursue his/her objectives in life. Since our constitution has abolished untouchability and other caste based discriminatory practices, both the State and the legislature would have to ensure the creation of such a level playing field. Thus, the government which swears in the name of protecting our constitution has the obligation of ensuring one of the finest promises of our constitution itself – bringing in equality to our society. Therefore, it is legal, constitutional and moral on the part of the government to create a level playing ground for all its citizens especially those who have been historically denied basic rights.

This level playing field or what we popularly call ‘equal opportunity’ must not be treated either as charity or as philanthropic gesture of the government. It is the obligation on the part of the government to treat people differently in order to ensure Justice; more importantly it is a fundamental right enshrined in the constitution for disadvantaged people to seek legal, constitutional remedy. Similarly, level playing ground is aimed at creating equal opportunity only in education and employment opportunities for the disadvantaged communities. In many realms of our everyday lives, there is virtually no demand from the marginalized sections to provide a level playing ground.

This clearly conveys the meaning of what is the aim of providing equal opportunity. When modern education becomes the most significant resource and employment in government sector remains a major source of livelihood, the concept of level playing ground or equal opportunity was advocated and subsequently this idea became an integral part of our constitutional apparatus.

There are several opinions in this regard. How should we distribute the resources and ensure equal opportunity/ fair access to education and jobs to all especially to the disadvantaged groups. Many especially people from the so called upper echelon of the society tend to think of treating people differently in order to ensure just distribution effectively amounts to discrimination. This opinion slowly and steadily invokes strong passion and at times results in violence too. The fear of losing educational and employment opportunities among the privileged communities was steadily growing as the government planned to ‘reserve’ seats for people from marginalized and underprivileged communities as part of its equal opportunity plan.

The idea of ‘merit’ would be invoked by the privileged sections of our country to argue that any attempt to ‘reserve’ seats for the underprivileged people would strongly damage merit based output of our education system; thus it would subsequently affect the professional abilities of the candidates. But as students of political theory, we must be able to dispassionately examine the issues involved in our quest to understand Justice. Do you first of all agree that some interventions are required to help the marginalized, underprivileged people? What would be the outcome if the privileged section retains all the resources including education and employment opportunities with themselves even after we become an independent country and a republic? Should we opt for an inclusive nation or an exclusive mob? What kind of social Justice we would eventually emulate?