When a stone is dropped in a still water, waves spread out along the surface of water in all directions with same velocity. Every particle on the surface vibrates. 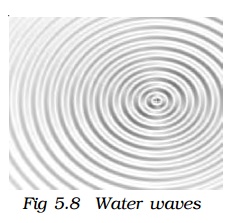 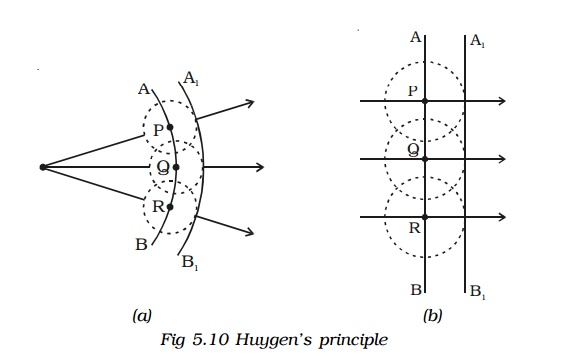 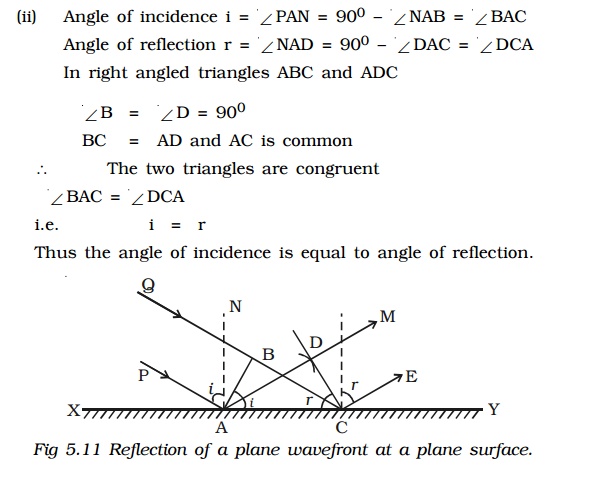 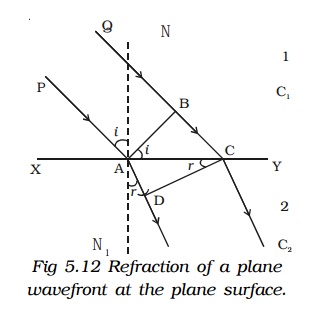 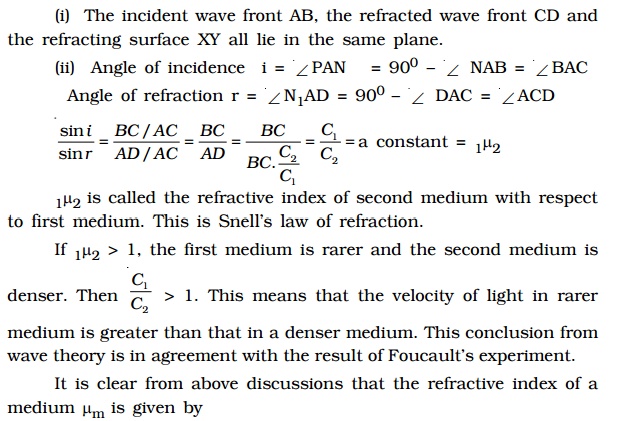 Let XY be a plane surface which separates a rarer medium (air) and a denser medium. Let the velocity of the wavefront in these media be Ca and Cmrespectively. 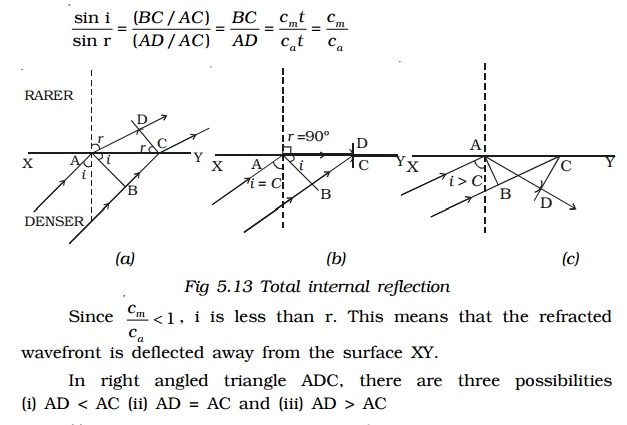