2.     1. If a photon strikes an atom or a molecule in a liquid, which is in an excited state, the scattered photon gains energy. The spectral line will have higher frequency and it is called Anti−stoke’s line. 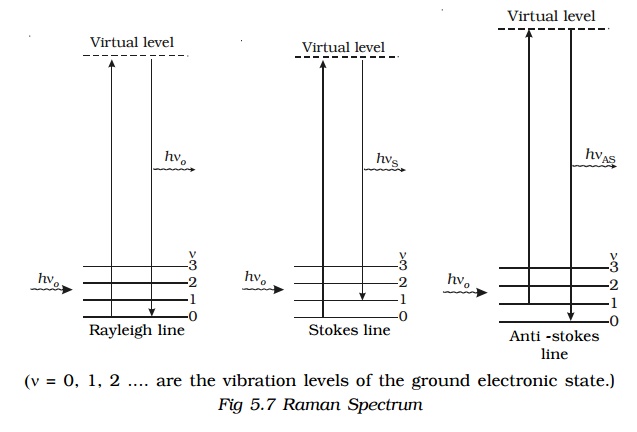 The Raman shift does not depend upon the frequency of the incident light but it is the characteristic of the substance producing Raman effect. For Stoke’s lines, ∆ν is positive and for Anti–stoke’s lines ∆ν is negative.

The intensity of Stoke’s line is always greater than the corresponding Anti−stoke’s Line. The different processes giving rise to Rayleigh, Stoke’s and Anti-stokes lines are shown in Fig 5.7.